Homelessness better than home, say many teens in study 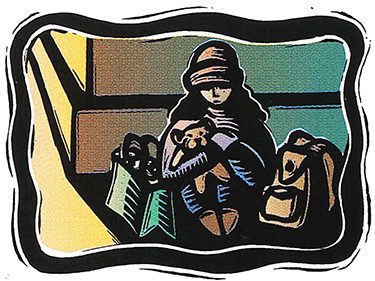 Recent UW research shows life on the street may be an improvement over what many children face at home. An estimated two million adolescents—2,000 of them in Seattle—roam the streets of America without a permanent place to live. As frightening as it is on the streets, “some kids found conditions there better than living at home, but that’s not saying much,” says UW Psychology Professor Ana Mari Cauce.

Her yearlong study of 304 homeless youths showed that among females, 41 percent said they had been physically abused at home and 47 percent reported sexual abuse. Among males, the percentages were 45 and 19. Eighty-five percent of the adolescents reported that at least one family member had an alcohol or drug problem and 65 percent said at least one family member had been involved in the criminal justice system.

“These are kids who fell through all of society’s safety nets that we think are in place,” notes Cauce. “It is easy to paint parents as evil, but it is tough being the parents of an adolescent. There are all kinds of resources out there for new parents, and we need them, but there isn’t a lot of help available for parents of teenagers.”