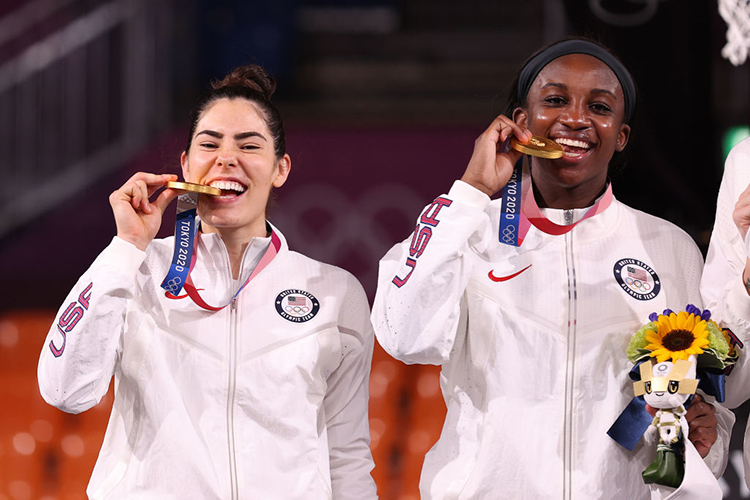 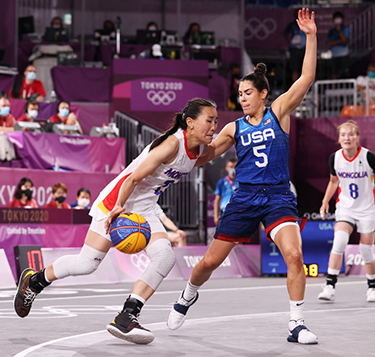 The fantastic Kelsey Plum, ’17, the NCAA’s all-time scoring leader in women’s basketball, captured the gold medal at the Tokyo Summer Olympics in 3×3 women’s basketball. She helped lead the U.S. team to an 8-1 record in the tournament, including an 18-15 victory over the Russian Olympic Committee in the gold-medal match.

“Winning a gold medal is hard to describe,” said Plum, who was the WNBA’s No. 1 overall draft pick in 2017 and currently plays for the Las Vegas Aces. “Seeing the U.S. flag and representing the country, it was a great experience. … An Olympic gold medal is something that I always wanted to accomplish.”

In men’s basketball, former Husky Matisse Thybulle, ’19, helped lead Australia to the bronze medal in Tokyo. Thybulle, who plays for the NBA’s Philadelphia 76ers, holds dual American-Australian citizenship; he spent about seven years of his childhood in Sydney. The Boston Celtics made him the 20th overall pick in the 2019 draft, and he was subsequently traded to the Sixers. He is a former National College Defensive Player of the Year.

In all, 31 UW athletes (mostly former Huskies) competed at the Olympics and Paralympics in Tokyo.

Paralympics Rowing: Danielle Hansen, ’16, won her second Paralympics silver medal, helping her PR3 mixed four with coxswain to a runner-up finish in Tokyo. She also won silver in the same event in the Rio Summer Paralympics.

Rowing: Sadly, former Husky rowers did not medal, which was a bit of an eye-opener since 42 UW rowers have won medals at the Olympics.