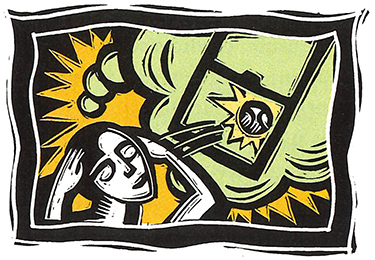 The power of human imagination may be stronger than previously suspected, blurring the line between memory and imagination. “One simple act of imagining a fictitious childhood event increased people’s confidence that the event happened to them,” says UW Psychology Professor Elizabeth Loftus.

In one recent Loftus study, subjects were given a written list of 40 possible childhood events and asked about the likelihood that these events happened to them.

Two weeks later, researchers told subjects to imagine some events they had earlier identified as not occurring, such as falling and breaking a window, getting in trouble for calling 911, finding a $10 bill in a parking lot or being pulled out of the water by a lifeguard. After imagining several situations, the subjects again rated the list of 40 childhood events.

Comparing the answers from the two lists, Loftus and her colleagues found that a one-minute act of imagination led a significant minority of subjects to say an event was more likely to have happened. These subjects had previously identifying the same events as “unlikely to have occurred.” In the broken window scenario, 24 percent of the subjects who imagined the event showed a jump in their belief that the event had actually happened.