He was an influential author and voice of the West. 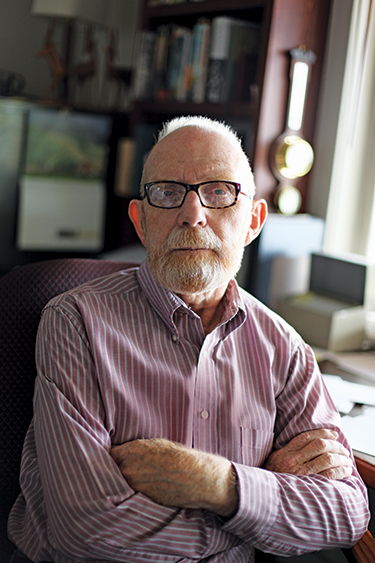 Whenever I wander by Smith Hall, I reflect about the home of the UW’s esteemed History Department, as well as the place where, in 1969, a doctoral student wrote a memoir about losing his mother at age 6 and being raised by his father and grandma in hardscrabble Montana. Of course, I am referring to Ivan Doig’s first book, This House of Sky: Landscapes of a Western Mind, which earned a nomination for the National Book Award.

Doig went on to become a prolific novelist, but it was his nonfiction that stopped me in my tracks. After I finished it, I immediately had to share it with my dad, because it was the story of his life, too. Even though he grew up thousands of miles away in the Bronx, the son of Ukranian immigrants, he lost his mom at an early age and encountered the same emotional issues Doig so eloquently, starkly and powerfully covered.

Long before writer Julie Garner beautifully profiled Doig in our December 2013 issue, I met the author years ago at a bookstore, where he was speaking. As he signed my copy of his book, I found myself tongue-tied as I stood there in front of him, in awe of his talent, the way he crafted such a detailed, personal, real story. But that is exactly who he was: real. And hardworking as anyone you’ll ever meet.

He used the Ph.D. in history he earned here to create people in his novels who were authentic, down to the historical details and the way they spoke. How real? Well, at the bottom of the obituary that appeared in The Seattle Times after he died April 9 at the age of 75, his wife Carol suggested that “those who want to honor [Doig] read a good book, take a beautiful hike, or plant a native Northwest tree.” Now that’s real.