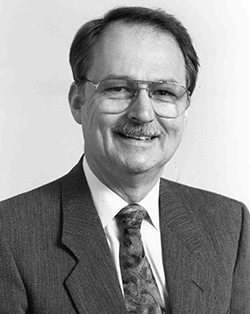 Joseph Eschbach, who made a medical breakthrough that would improve the lives of more than a million people suffering from kidney disease, died Sept. 7 at his home in Bellevue. A clinical professor of medicine at the UW for 45 years, Eschbach discovered and helped develop a hormone treatment for anemia in kidney patients that has proven nearly 100 percent effective.

As a private doctor and a senior research associate at the Northwest Kidney Centers in Seattle, Eschbach was equally committed to his patients and to solving the problem that plagued so many of them—anemia. As a common side effect of dialysis, many people with kidney disease experience a decline in their red blood cell count, which deprives their system of oxygen. While working at the UW in the 1970s, Eschbach and colleague John Adamson discovered they could correct the disorder with hormones. Their findings led to the 1989 FDA approval of the hormone Epogen, which utilizes bone marrow to produce more red blood cells.

Throughout his career, Eschbach was also known for his at­tentiveness to patients. He promoted in-home dialysis and served as the director of the UW home dialysis program from 1965 to 1972. “His entire career was really based on one thing: what’s best for people,” John Stivelman, chief medical officer of Northwest Kidney Centers, said in a newspaper interview.

In August, the Northwest Kidney Centers and the biotechnology company Kirin-Amgen honored him by establishing the Joseph W. Eschbach Endowed Chair in Kidney Research at the UW with a $ 1.5 million gift. “This is the greatest honor of my career,” he said upon learning of the recognition.

Eschbach was born in Detroit in 1933, and graduated from Otterbein College in Ohio. He earned his medical degree from Jefferson Medical College in 1959. A non-smoker, Eschbach died of lung cancer. He was 74.