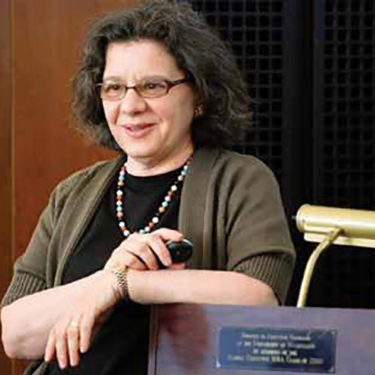 Karma Hadjimichalakis, principal lecturer in business economics and finance in the UW’s Foster School of Business and one of the University’s most beloved teachers, died Feb. 21. She was 67.

Winner of 45 teaching awards during her long career at the Foster School, Hadjimichalakis had taught at the UW since 1970 and was universally described as one of those teachers you never forget. Alumni say her concepts and lectures were so embedded into their minds that they still think of her every time they open The Wall Street Journal.

At times, Hadjimichalakis would get so excited emphasizing a point that she would start to dance across the room. Students remember her for making a tedious subject unforgettable.

Born in Utica, N.Y., she earned degrees from Elmira College and the University of Rochester. She interrupted her UW career in 1980 to spend two years as a visiting economist with the Federal Reserve Board.