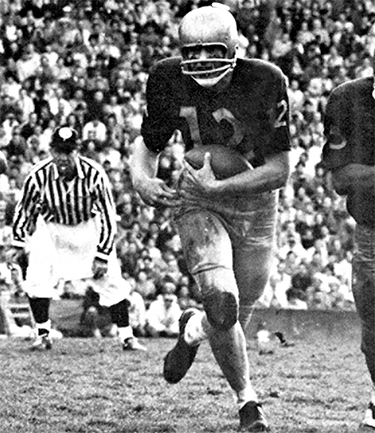 He was the “Renton Redhead” and a member of the 1960 national champion Huskies football team. Kermit Ross Jorgensen played a key role in one of the most memorable Apple Cups in Husky history, the 8-7 squeaker over WSU played on Nov. 19, 1960, that sent the Huskies to the Rose Bowl.

We take you back to Memorial Stadium 51 years ago. After three scoreless quarters, the Cougars took a 7-0 lead when Melvin Melin threw a touchdown pass to All-America receiver Hugh Campbell. The Huskies didn’t take any time to rally, driving to the WSU 1-yard-line on their next possession. From there, quarterback Kermit Jorgensen powered his way into the end zone for a touchdown. Adding a two-point conversion—a pass from quarterback Bob Hivner to halfback Don McKeta—playing on a leg with 13 stitches from a first-half injury—gave the Huskies an 8-7 victory and a berth against No. 1 Minnesota in the Rose Bowl on Jan. 2, 1961. The Huskies throttled the Big Ten champs 17-7 to finish with a 10-1 record and a national championship.

Jorgensen, ’63, who played three years for the Huskies (1959-1961), appeared in back-to-back Rose Bowls—both won by the Huskies. Not many Huskies can say that. His memory will always live on the hearts and minds of Husky fans everywhere. Jorgenson died Nov. 17, 2020, in Loomis, California, at the age of 80 from complications following a stroke.

A native of Seattle, Jorgensen graduated from Renton High School and went to the UW on a football scholarship. A co-captain of the 1961 Huskies, he played in the 1961 East-West Shriner game and tried out with the Dallas Cowboys. He found great success playing for the semi-pro Seattle Ramblers of the Greater Northwest Football Association for several years. He was named the 1966 Northwest Player of the Year after leading the Ramblers to an undefeated season and leading the league in rushing.

Graduating from the UW with a degree in forestry engineering, he went to work for Scott Paper, mapping out and engineering logging roads. He later worked as a salesman for HB Fuller Co. in Seattle before transferring to Southern California and ending up in Northern California. He never missed a Husky away game at Stanford or Cal and made the trip up to Seattle to enjoy the family’s season tickets and tailgates since the mid-1970s.

“He was a guys’ guy,” recalls his son, Kelly. “He loved football and sports in general, from coaching peewee football to playing 60+ softball with a passion. He loved to hold court and talk about the glory years at UW with my friends and other old-timers who knew the ‘Renton Redhead.’ Most of all he was a great dad, grandpa and great grandpa.” 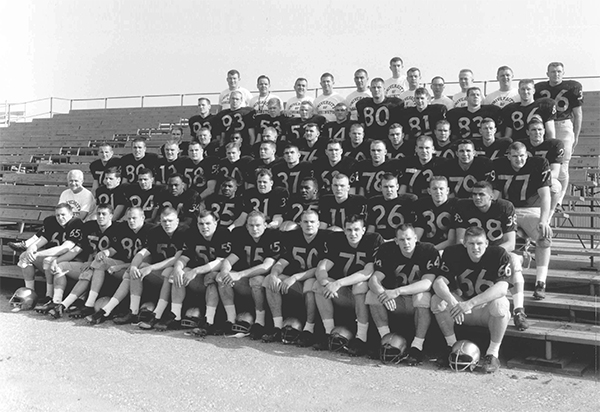 Jorgensen was part of the Rose Bowl-winning 1960 team.