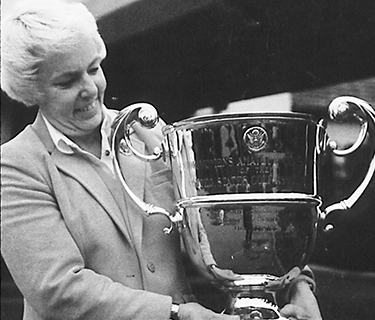 Edean Anderson Ihlanfeldt started the UW women’s golf team in 1974-75, coached it for eight years, and during that time donated her school salary to the golf program. Though Ihlanfeldt won ﬁve Pacific Northwest titles and four Washington state championships, her biggest legacy is the one she created at the UW.

“Edean’s impact on UW women’s golf cannot be measured in wins and losses,” says UW golf coach Mary Lou Mulﬂur, ’80, who played for Ihlanfeldt. “It will forever be measured by the number of girls and women who have been impacted by the kindness and empathy of an extraordinary woman.”