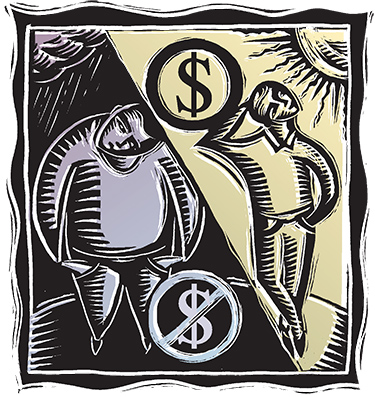 A slimmer wallet does not necessarily equal a slimmer physique. Healthy foods that aid in weight loss and provide a feeling of fullness cost more than energy-dense foods such as French fries, soft drinks, candy and cookies. The result: poor people are more likely to be overweight.

According to a recent paper published in the American Journal of Clinical Nutrition, “It’s a question of money,” says Professor Adam Drewnowski, director of the UW Center for Public Health Nutrition. “The reason healthier diets are beyond the reach of many people is that they cost more.”

Although it is an individual choice to maintain healthful eating habits, low-income families don’t have access to the low-density foods that support a leaner diet.

“It is the opposite of choice,” Drewnowski said. “People are not poor by choice and they become obese primarily because they are poor.”

Obesity rates in the U.S. have risen significantly over the past 20 years. By 1999-2000, 64 percent of adults were classified as overweight and 30 percent as obese; the highest rates occur among the less educated and poor.

“If poverty and obesity are truly linked, it will be a major challenge to stay poor and thin,” said Drewnowski. Drewnowski and Dr. S.E. Specter, research nutrition scientist in Davis, Calif., published their findings in the January 2004 edition of the American Journal of Clinical Nutrition.