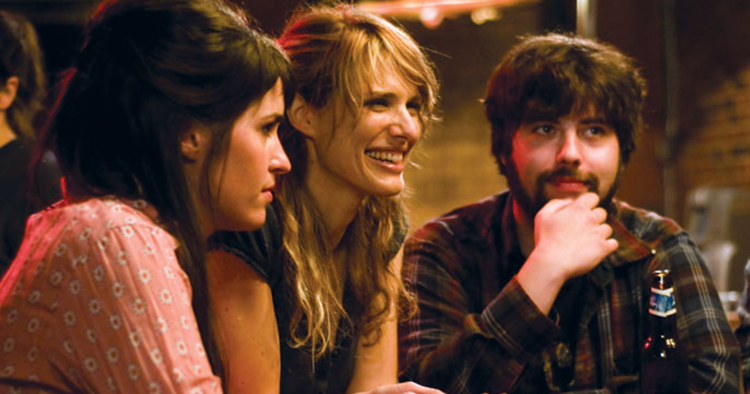 Lynn Shelton (center) has a budding film career after a decade performing on stage.

Lynn Shelton, ’87, parlayed a UW degree in drama into a 10-year career on the stages of New York. But she found her true calling when she opted to pursue a career behind a camera.

Shelton learned her craft by creating a series of experimental films and worked as a film editor. It was not until she began work on her first feature film in 2005, though, that she set foot on a film set. Steady work—and steady accolades—have followed.

My Effortless Brilliance, her second film, premiered at SXSW 2008 and garnered the Someone to Watch Award at the Independent Spirit Awards (IFC) and the Special Jury Prize for Excellence in Direction at the Atlanta Film Festival. A bigger buzz followed 2009’s Humpday. Not only did it achieve Shelton’s goal of being accepted at the Sundance Film Festival, the movie won the Special Jury Prize there, one of many highlights in “an amazing year.”

One of the unusual facets of Shelton’s blossoming film career has been its headquarters: Seattle. She moved back here from New York in 1998 and has reaped the benefits of being a bigger fish in a smaller pond. Aside from greater access to grant money, Shelton sings the praises of having personal contact with the local film community. Her appreciation is evidenced by $5 Cover: Seattle, a recent 12-episode web series she created for MTV, that Shelton terms a “love letter” to the city and its music community.