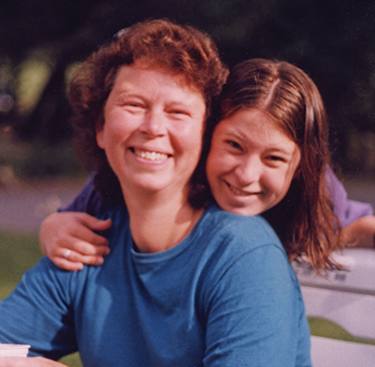 Mary Cooper, ’75, ’04, a librarian since 1991 at Alternative Elementary II (AEII) School in Seattle, and her daughter, Susanna Cooper Stodden, were killed while hiking in the Cascade Mountains July 11. The shooting occurred on a trail about 20 miles east of Granite Falls. As Columns went to press in mid-August, police were still investigating the crime.

Cooper, 56, earned her bachelor’s degree in education in 1975 and her master of library and information science degree in 2004. Stodden, 27, graduated from Western Washington University in 2001. Both were avid hikers and environmentalists. Cooper was fondly remembered by AEII students and staff as the person who could find just the right book or help a struggling youngster learn how to read. Stodden worked for several environmental groups and was an employee of the Seattle Audubon Society at the time of her death.

“We are greatly saddened by the loss of Mary,” said Information School Dean Harry Bruce. “She touched the lives of everyone who knew her. We will always remember and cherish Mary’s upbeat personality, happy smile and her steadfast dedication to school libraries and children’s literacy.”