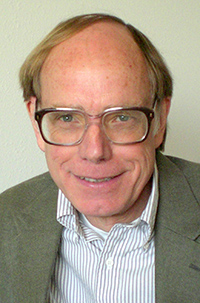 According to the Gruber Foundation, the human genome would have been “an impossible jigsaw puzzle” without the work of UW Medicine and Genome Sciences Professor Maynard Olson.

Olson created a way of breaking genomes into manageable pieces, applied it to the yeast genome, and made the human genome project a possibility. Now he is taking the next steps, applying genome science to biological problems—starting with the bacterium that kills many people with cystic fibrosis. Outside the laboratory, Olson is also known for defending the public ownership of genome information.

For his contribution to genome science, Olson will receive the 2007 Gruber Prize for Genetics on Oct. 24. The award includes a $500,000 honorarium. Since it was launched in 2001, this prestigious honor has gone to three UW professors. Genome Sciences Professor Robert H. Waterston won in 2005 (see “Prize Catch,” March 2003), and Medicine and Genome Sciences Professor Mary-Claire King won in 2004 (see “Putting the Puzzle Together,” Sept. 1996).

“When he assembled his physical map of the yeast genome, Maynard developed a new way to piece together the puzzle. He allowed us to mechanize, computerize and organize the process,” says the 2003 Gruber laureate, David Botstein, who is at the Lewis-Sigler Institute at Princeton University. “Maynard was one of the top two or three key brains behind the Human Genome Project. And he is a mentor—not just for his students, but for whole institutes.”

Olson’s latest work could change the approach to treating cystic fibrosis. It is a genetic condition in which victims often die before they reach 40 from a complication they acquired in early childhood: chronic lung inflammation from a bacterial infection.

Olson and his colleagues have found that Pseudomonas aeruginosa, the bacterium which causes the inflammation, evolves in a relatively predictable way inside the human lung. The result is that the bug that ends up killing its human host has very different characteristics from the one which invaded decades—and thousands of bacterial generations—before.