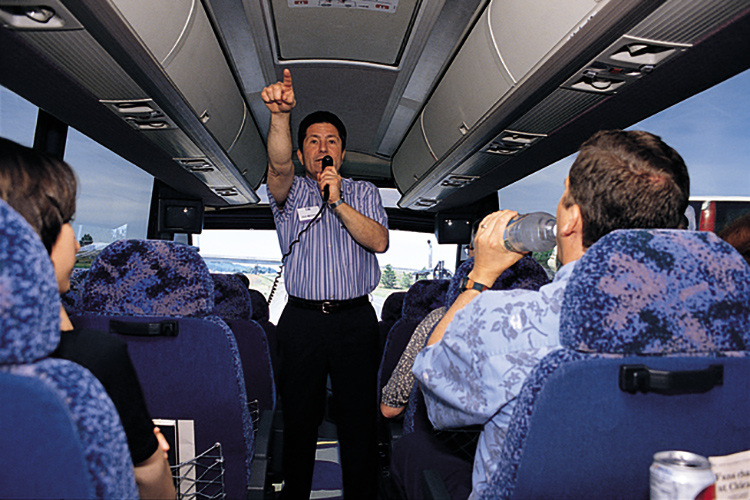 Richard L. McCormick announced Oct. 25 that he will resign as 28th president of the University of Washington to assume the presidency of Rutgers University on Dec. 1.

The UW Board of Regents met Nov. 5 to name Provost Lee Huntsman as acting president. Huntsman, 61, a bioengineering professor who joined the faculty in 1968, has been the UW’s chief budget and academic officer since 1997. 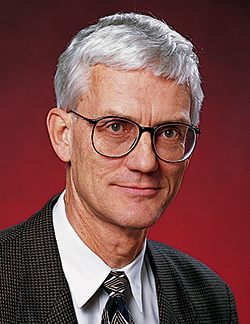 McCormick’s announcement was unexpected, since earlier he had withdrawn from the search for a new president at New Jersey’s state university. But he has close ties to Rutgers. He grew up near the campus, where his father was a history professor and his mother was an administrator. After graduating from Yale, he spent his first 16 years as a professor and administrator there and even team-taught one history course with his father. He also met his wife, Suzanne Lebsock, at Rutgers when both were on the history faculty.

In explaining his decision, McCormick said the pull of Rutgers was too much to resist. “I’m a loyal New Jersey son who grew up along the banks and within the culture and communities of the state’s flagship public research university,” he said. “I love Rutgers and I am honored that my family and I have been a part of its long and distinguished tradition of excellence. I look forward to coming home.”

In a statement release by the UW, he added, “It is very difficult to leave the University of Washington. It is a great university, one of America’s best, and the people here have been wonderfully supportive of me and my family.”

McCormick’s salary will jump from $295,000 to $525,000 a year. Rutgers serves a student body of approximately 50,000 at campuses in Camden, Newark and New Brunswick/Piscataway.

Press reports in New Jersey said that a possible merger between Rutgers and two other state institutions might have made a difference in McCormick’s final decision, and that he will be a leading candidate to preside over the entire system should the merger take place.

McCormick came to the UW in September 1995, after a 14-month search to replace President William P. Gerberding. “His seven years at the University of Washington were characterized by a culture of innovation, a commitment to diversity, a willingness to manage for change, revitalized communication with the University’s many constituents, and significant aspirations for the future, all this in a time of severely constrained resources,” said President of the Board of Regents Jerry Grinstein.

In an interview with Columns on his first five years in office, McCormick cited some of his accomplishments. He said he was proud of the “massive integration” of the UW’s teaching, research and public service missions and a shift from the UW’s relative isolation to “a much greater outward orientation” toward surrounding communities.

He used to tell audiences, “We are not the University of Seattle, we are the University of Washington,” and then list the many statewide programs of the institution. After the June commencement ceremonies, he would tour the state with a busload of new faculty members to introduce them to Washington communities and their problems. 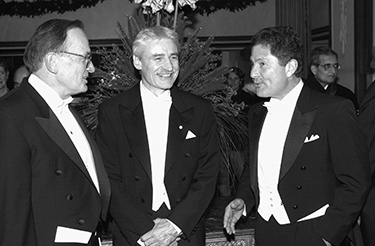 But the departing president also suffered some setbacks, such as the crippling of affirmative action programs with the passage of I-200 in 1998 and the continuing decline of financial support from the state. The state’s projected $2.5 billion budget deficit could make the UW’s financial health even worse next year.

McCormick’s departure is the first time a UW president has left for another university in 50 years—the last time was when Raymond Allen left for UCLA in 1952.

McCormick’s seven-year term is longer than the average time university presidents in the U.S. stay at one institution—under six years—but shorter than some recent UW presidents. Charles Odegaard served for 15 years (1958-1973) and William P. Gerberding served a record 16 years (1979-1995). John Hogness served for almost six years (1974-1979) before leaving to become president of the Association of Academic Health Centers in Washington, D.C.

Acting President Huntsman received his Ph.D. in bioengineering from the University of Pennsylvania in 1968 and immediately joined the UW faculty. His research specialty is the mechanics of heart and heart muscle, cardiovascular system assessment and new measurement techniques. In 1980, he was named director of the Center for Bioengineering, a unit of both the College of Engineering and the School of Medicine. He held that position until his appointment as provost.

As the search Begins, a need for ‘Speed and Efficiency’

The UW Board of Regents started its search for the 29th president of the University of Washington Nov. 5, when Board President Jerry Grinstein announced that he hopes to have a 15-member search committee in place by Dec. 1.

Grinstein told the regents that he wanted a group that would be representative of the UW community. He said he will ask the ASUW, GPSS, Faculty Senate and UW Alumni Association to each provide three nominees to the panel, and that the regents intend to select one from each list.

“There is a need for speed and efficiency,” Grinstein said. He hoped that a representative from the Association of Governing Boards of Universities and Colleges could give the regents a briefing on presidential searches, and he said it might be a good idea to invite a panel of current or retired presidents from research universities to speak to the regents. Both meetings would be open to the public.

The UW search takes place while several other flagship institutions are also in the hunt for a new leader. Three Big Ten research universities—Iowa, Minnesota and Indiana—are looking for new presidents, as is Boston University. The average tenure of a university president at a major institution is less than six years, according to the American Council on Education.

Salaries are also going to be a factor. During its six-month search, Rutgers surveyed top public universities and found that the average presidential salary was $576,570 a year. Recent searches at Michigan, Tennessee and Arizona ended with annual salaries ranging from $520,00 to $734,000. McCormick was making $295,000 at the UW.

While many top institutions choose presidents from within academe, it is not unusual to have leaders come from other vocations. Harvard’s current president, Lawrence Summers, was secretary of the treasury in the Clinton Administration. In 2001, the University of Kentucky hired Lee T. Todd Jr., a former senior vice president at Lotus Development. The head of the University of Oklahoma is former U.S. Senator David L. Boren.

According to the American Council on Education, the average university presidential search takes three to 10 months, though if the target is a sitting president at another institution, it can take longer. It took Harvard nine months to hire Summers and McCormick was hired at the end of a six-month search at Rutgers.

The effort to replace former UW President William P. Gerberding took 14 months. According to press reports, at one point in that search all three finalists withdrew from consideration and the process had to start over.

As time goes by: the McCormick years in review

March 5, 1997: Katuria Smith “reverse discrimination” suit is filed against the law school admissions process. In 2002, it loses in district court but is appealed.

Nov. 4, 1998: State voters approve Initiative 200. The UW can no longer use race or ethnicity in admissions decisions.

May 21, 2001: Center for Urban Horticulture’s Merrill Hall is damaged in an arson attack by an eco-terrorist group.