Migraine sufferers more prone to having a stroke, research shows 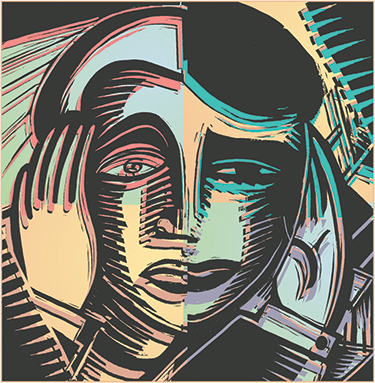 It’s bad enough to suffer from migraines, but now there is a correlation with another brain malady. Migraine sufferers are twice as likely to experience a stroke, compared to people who do not get this type of headache, say UW researchers. Those whose migraines are accompanied by auras, such as scintillating lights or other visual disturbances, are at somewhat higher risk of a stroke than are those without auras. What’s worse, female migraine sufferers who take oral contraceptives have eight times greater odds of a stroke than those not on birth control pills.

The findings were reported in an online publication published by the British Medical Journal in December.

Canadian, Spanish and U.S. scientists reviewed 14 studies that probed for any links between migraines and stroke. The review suggests that migraines may be an independent risk factor for stroke, according to UW Neurology Professor Ali Samii, who did the study along with Mayhar Etminan of Montreal’s Royal Victoria Hospital and with other collaborators from Spain.

Migraine headaches are usually severely painful and throbbing. Before or during the headache, the sufferer may feel nauseated, vomit and become irritated by light, noise or odors. Because of this heightened sensitivity, many will seek a dark, quiet place during an attack.

The higher risk for stroke may be related to reduced blood flow in the brain during a migraine, but the exact mechanism is unknown. The suspected link between migraine and stroke should be further investigated, the scientists said, as should the increased chance of stroke among women migraine sufferers who take birth control pills.