Minoru Yamasaki, ’34, was the man who designed the Towers 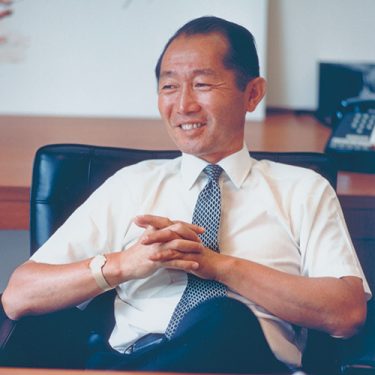 A native of Seattle, Minoru Yamasaki, ’34, was born on Dec. 1, 1912, in a cold-water tenement in the Yesler Hill district of Seattle. He was a first-generation Japanese American, and his father insisted that his son go to college. Yamasaki set out to earn his degree from the UW’s School of Architecture. But he had his doubts. He wasn’t very talented in painting or sculpture (In his sculpture class he made “an incredibly stupid piece with purple and gold clay in the pattern of the university seal,” he wrote in his autobiography, A Life in Architecture.) He recalled asking Architecture Professor Lionel Pries if he should give up becoming an architect.

“He said absolutely not, that he had decided to leave me completely on my own to see how well I could develop,” he recalled. “He encouraged me with the prediction that I would become one of the best architects ever to graduate from the school.”

To put himself through college, Yamasaki worked in salmon canneries in Alaska during the summers at a rate of $50 a month. It was the best summer job a Japanese-American student could get.

Yamasaki also suffered from racial slights at the UW. In 1933, the year Yamasaki would have qualified for the scholarship to study architecture in Paris, the program was terminated, officially “because of the depression” Yamasaki felt the school did not want to see an Asian American get the scholarship, “a blatant act of racial discrimination against me,” he wrote years later. 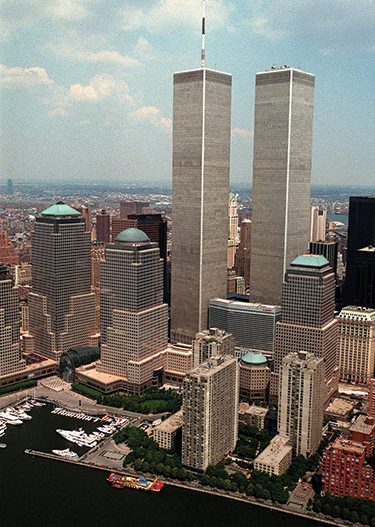 The World Trade Center towers in 1999.

He harbored no hard feelings against the UW. In 1960—two years before he got the commission to design the World Trade Center—he returned to his alma mater to receive the highest honor the UW bestows on its graduates, the Alumnus Summa Laude Dignatus Award.

Yamasaki started his career as a draftsman in pre-war Manhattan, leaving in 1945 to become the head designer of a Detroit architectural firm. He later launched his own architectural partnership, Minoru Yamasaki and Associates, in Detroit. Among the famous buildings he designed are the Century City Plaza hotel in Los Angeles, Seattle’s Rainier Tower and Pacific Science Center, and the air terminals in St. Louis and in Dhahran, Saudi Arabia.

But his most famous work was the World Trade Center. At the time of their completion, some critics felt the towers were out of scale with the rest of lower Manhattan. “Stolid, banal monoliths,” complained the AIA Guide to New York City. “The buildings remain an occasion to mourn; they never should have happened,” wrote architecture critic Paul Goldberger.

Yamasaki always defended his work. “There was no diminution of the soul, no antlike feeling in the face of such a large object. Man had made it and could comprehend it,” he wrote in his autobiography. “I am happy I was able to design these very large buildings with the proper scale relationship so necessary to man; they are intended to give him a soaring feeling, imparting pride and a sense of nobility in his environment.”

As for their symbolic value, while terrorists regarded them as emblems of an evil America, Yamasaki saw them representing the importance of world trade, becoming “a physical expression of the universal effort of men to seek and achieve world peace.”