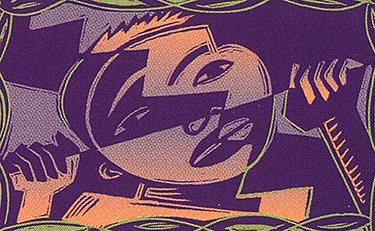 Prejudice affects 90 to 95 percent of the population, says a University of Washington psychologist who developed a new tool to measure the unconscious roots of prejudice. Called the Implicit Association Test, there is even a Web site that allows anyone to measure unconscious levels of prejudice and stereotyping.

The test has the potential to reveal things about people that they may prefer not to know, explains UW Psychology Professor Anthony Greenwald, who developed it with funding from the National Science Foundation and National Institute of Mental Health. He is now working with Yale Professor Mahzarin Banaji to further refine the test.

The test measures implicit or unconscious evaluations and beliefs that spring from strong, automatic associations. Most people are unaware of these associations. An important example is automatic race preference. In experiments and demonstrations, the test has detected the unconscious roots of prejudice toward a variety of racial, ethnic and religious groups, as well as illuminated automatic gender and age discrimination. It has measured attitudes of whites toward blacks, Germans toward Turks, Australians toward indigenous peoples and young toward old.

Banaji and Greenwald believe unconscious prejudice may occur despite people’s wishes and results from the culture they live in and the culture’s attitudes toward stigmatized groups.

While Banaji and Greenwald admitted being surprised and troubled by their own test results, they believe the test ultimately can have a positive effect despite its initial negative impact. The same test that reveals these roots of prejudice has the potential to let people learn more about and perhaps overcome these inclinations.