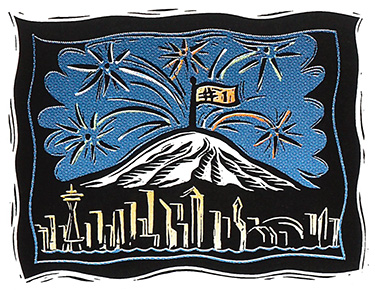 Mount Rainier has moved to the top of the list of a UW scientist’s most seismically hazardous Cascade volcanoes, the UW reported in April.

On the other hand, a moderate volcanic quake beneath Mount Rainier could trigger massive ice, rock, water and mud flows. These could quickly clog valleys, bridges, roads, rivers and demolish everything else in its path, warns Malone.