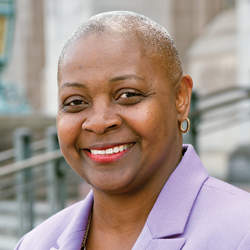 Sheila Edwards Lange, ’00, ’06, is the new chancellor of the University of Washington Tacoma. She is well known throughout the UW, having served as the vice president for Minority Affairs & Diversity and University diversity officer from 2007 to 2015. She joins UW Tacoma from Seattle Central College, where she was president from 2015 to 2021. She succeeds Mark Pagano, who served as chancellor since 2015 and now joins the faculty in the School of Engineering and Technology. 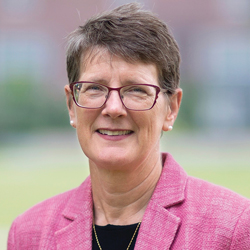 Kristin Esterberg, former president of the State University of New York at Potsdam, will start as chancellor of the University of Washington Bothell in October. Prior to her term at SUNY Potsdam, which began in 2014, Esterberg was provost and academic vice president at Salem State University in Massachusetts and deputy provost at the University of Massachusetts Lowell. Her research has centered on gender and sexuality, social identities, research methodology, and social organization and change. Esterberg succeeds Wolf Yeigh, who has served as chancellor since 2013 and returns to the faculty as a professor of engineering.