Scandinavian Studies Professor Andy Nestingen shares his research into the genre and how it contrasts with American Noir’s heroes and villains. 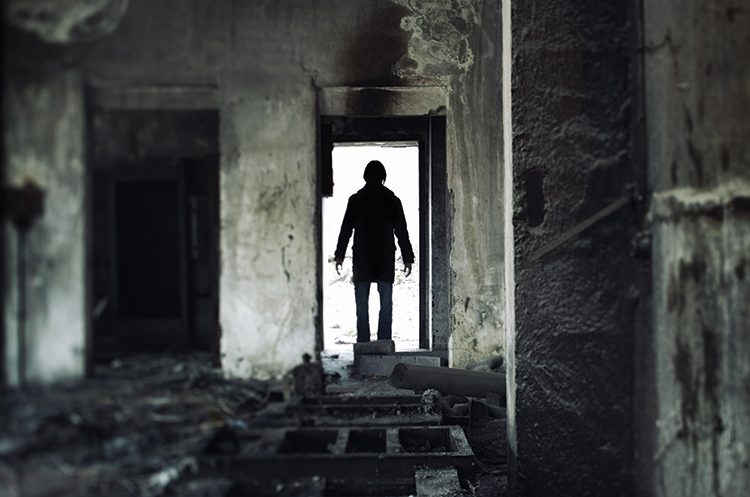 Clint Eastwood as Detective Dirty Harry, in the 1971 movie of the same name, famously queried a crook: “… being this is a .44 Magnum, the most powerful handgun in the world and would blow your head clean off, you’ve gotta ask yourself one question: ‘Do I feel lucky’?”

We feel lucky to have Andy Nestingen, professor of Scandinavian studies, to share his research into Nordic Noir and how it contrasts with American Noir’s heroes and villains. Nestingen, who speaks Finnish, Swedish and Danish, and reads Norwegian, is an expert on the genre.

“The crime novel in America noir comes from the Western, and the idea of quick-armed justice. Scandinavian criminals are human beings and their evil is often rooted in childhood abuse or victimization; ours are spectacular monsters who have to be stopped,” says Nestingen.

Other differences? “Scandinavian detectives always have dirtier sweaters,” jokes Nestingen. Sarah Lund wore a remarkable yet dirty sweater in the Danish series …“Forbrydelsen (The Crime).” The American knockoff, ostensibly shot in Seattle but with plenty of recognizable Vancouver, B.C. landmarks, was titled “The Killing.” Although the mood is somber and it never stops raining, American heroine Sarah Linden’s knitwear remained spotless.

Nestingen says Scandinavian detectives have fewer guns and are always official police whose families weave in and out of their lives. American detectives tend to be loners who often work as private eyes. Scandinavian crime novels began with a series written in the 1960s by a Communist husband and wife team, Per Wahloo and Maj Sjowall. “We think of Sweden as far to the left but these two thought socialism was a sellout. So, their novels show the welfare state as sclerotic and bureaucratic,” says Nestingen. Their books, featuring policeman Martin Beck, are still in print.

Swede Henning Mankell’s books about detective Kurt Wallander brought Scandinavian noir in books and television to a worldwide audience. Mankell’s books defend the welfare state and some of them contend with thorny questions of immigration and racism. “Mankel has said that racism is a crime and that’s why he wanted to take it up in his novels,” says Nestingen, who knows Finnish culture best, having lived in Finland for six years, all told. “How do you become a Somali Finn?” asks Nestingen.

“Norwegian author Anne Holt said if you want to know more about a country, read a crime novel and look at design in magazines,” he adds. He notes that murdered children frequently pop up in Scandinavian crime novels and series. “The child is the measure of ordinariness,” he says. “A mother of a friend of mine wrote some crime novels. The editor said, ‘You can forget this. No American publisher will publish this. No dead kids.’ In Scandinavia, they are everywhere.”

Nestingen is the author of “Nordic Noir: The Human Criminal” (University of Edinburgh Press, 2014). He also edited, with Paula Arva, a lecturer in Finnish literature at the University of Helsinki, a collection of writing about the oeuvre entitled, “Scandinavian Crime Fiction.”

Steig Larsson: The Millennium Triology (starts with “The Girl With the Dragon Tattoo”). Many difficult-to-impossible to pronounce Swedish streets and names but a can’t-put-it-down read featuring computer genius and wild girl Lisbeth Salander.

Jo Nesbo: Any of the Norwegian writer’s series featuring detective Harry Hole, who doesn’t always stay in Scandinavia but remains a bleak soul wherever he goes to fight crime.

Peter Hoeg: Danish author of “Smilla’s Sense of Snow.” Smilla isn’t really a detective but it’s a page-turner that will keep you up all night reading, and sipping Acquavit to quiet your pounding heart.

Gunnar Staalesen: At the time Columns went to press, staffer Julie Garner is midway through “The Consorts of Death.” Dishes are piling up, the floor remains unswept and frozen burritos are being tossed at her family as she delves deep into this story that begins with a cold case involving, oh no, a child.

Irene Huss: Swedish cop series based on Helene Tursten’s wonderful books. Does she achieve work-life balance? Not really, but there’s everything from Satanic cults to biker gangs to skinheads to mess up her days.

The Inspector and the Sea: A German-speaking detective faces murder on the Swedish island of Gotland. A fine place to solve murders except the detective is afraid of the sea.

The Bridge: A Swedish series involving a Danish inspector, Martin Rohde, who teams up with a Swedish detective, Saga Norén, who falls somewhere on the Asperger’s spectrum.

Unit One: An elite Danish crime task force that travels around Denmark solving crime and having love affairs. Lots of vicarious coffee-drinking enjoyment.

All of these are available either streaming or on DVD from Amazon Prime or MHZ Network Choice.