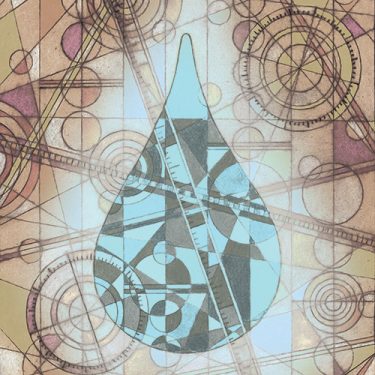 For years, scientists regarded the decades of drought in Central Africa that reached an apex in the 1980s—nearly drying out Lake Chad—as the result of poor agricultural practices and overgrazing. New University of Washington research, however, shows that the drought was caused at least in part by Northern Hemisphere air pollution.

Aerosols emanating from coal-burning factories in the United States and Europe during the 1960s, ’70s and ’80s cooled the entire Northern Hemisphere, shifting tropical rain bands south. Rains no longer reached the Sahel region, a band that spans the African continent just below the Sahara desert. When clean-air legislation passed in the U.S. and Europe, the rain band shifted back, and the drought lessened.

Related research by the UW researchers and their collaborators shows that global warming is now causing the land-covered Northern Hemisphere to warm faster than the Southern Hemisphere, further reversing the pre-1980s trend. Previous research has suggested a connection between coal-burning and the Sahel drought, but this was the first study that used decades of historical observations to find that this drought was part of a global shift in tropical rainfall, and then used multiple climate models to determine why.