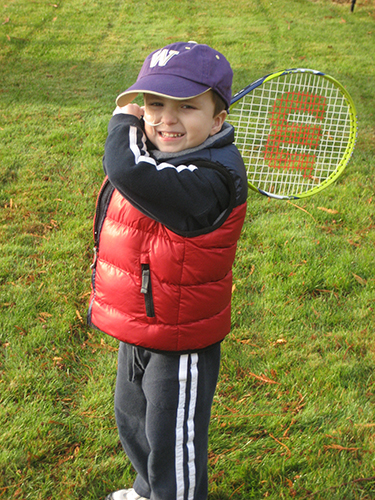 Carin Towne, ’95, ’02, and her husband Jeff, ’95, have turned a personal tragedy into a ray of hope for parents of children with cancer by creating the Ben Towne Pediatric Cancer Foundation in honor of their son Ben, who died in December 2008 at the age of 3 1/2.

Ben was diagnosed with neuroblastoma, a solid tumor that started in the adrenal gland but metastasized throughout his body, just after his second birthday. In 2010, the Townes established the foundation.

One hundred percent of the money raised by the foundation supports the work of Dr. Michael Jensen, ’97, and the new Center for Childhood Cancer Research at Seattle Children’s Research Institute. Jensen is pioneering a novel cancer therapy that inserts recombinant DNA into the body’s own T-cells to recognize and kill cancer cells.

The new therapy is months away from FDA approval and clinical trials, but it holds great promise because it could eventually eliminate the need for chemotherapy, surgery and radiation. These treatments can cause hearing loss, growth problems, infertility and other side effects in children. The Foundation held a successful fundraiser at the Seattle Sheraton in September, drawing 900 people. In 2011, the foundation donated $1 million to the Center for Childhood Cancer Research.