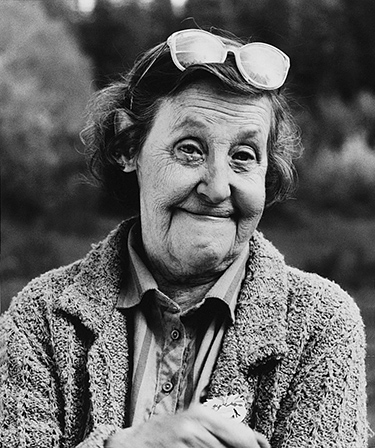 Even though her role as tart-tongued shopkeeper Ruth-Anne Miller in the acclaimed TV series Northern Exposure brought her unprecedented fame, Peg Phillips remained her irascible, unpretentious self. The Woodinville resident wore blue jeans, a red and white checked blouse, blue suspenders and brown sandals to the Emmy award ceremony in 1993, when she was nominated for best supporting actress.

Phillips, a retired accountant who took acting classes at the University of Washington at age 65 and went on to have a career that lasted nearly two decades, died Nov. 8. She was 84.

A native of Everett, Phillips always wanted to study drama, but growing up during the Great Depression, she couldn’t afford college. At the age of 65, she finally got her chance after she retired as a tax accountant when she enrolled at the UW. She didn’t finish her degree but not for lack of money. She was in such high demand as an actress that as a student, she hired an agent to help her sort through an avalanche of offers.

Phillips appeared in eight movies and had guest roles on such shows as ER, Touched by an Angel and Seventh Heaven. But it was her role on Northern Exposure from 1990-95 that made her a household name. At first, Ruth-Anne was to be a recurring character, but viewer reaction to her was so positive that producers made her a regular cast member.

Despite her busy acting career, she made community work a priority. She ran a drama workshop at Echo Glen Children’s Center, a correctional center for 10- to 20-year-olds who have committed major crimes. She also founded the Woodinville Repertory Theatre.