Phosphorous may have been life’s secret ingredient, scientists find 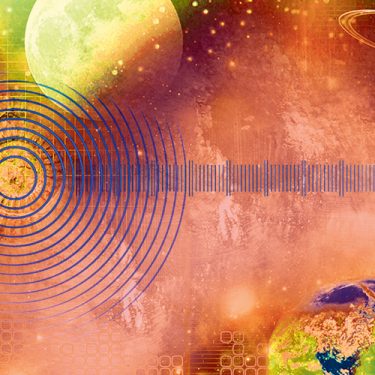 Life on Earth may have never come to exist if not for some meteorites that pelted the planet billions of years ago. Scientists at the University of Washington and the University of South Florida found that during the Hadean and Archean eons—the first two eons of the Earth’s earliest history—the heavy bombardment by meteorites provided reactive phosphorus essential for creating the earliest life on the planet.

“The importance of this finding is that it provides the missing ingredient in the origin-of-life recipe: a form of phosphorus that can be readily incorporated into essential biological molecules like nucleic acids and cell-membrane lipids,” said Roger Buick, a UW professor of Earth and space sciences and co-author of a paper on the Proceedings of the National Academy of Sciences website. The scientists concluded that the meteorites delivered phosphorus in minerals that are not now seen on the surface of the Earth, and these minerals corroded in water to release phosphite, a form of phosphorus seen only on the early Earth.

Though there could be other sources of phosphite, no other terrestrial sources could have produced the quantities needed to be dissolved in early Earth oceans that gave rise to life, the researchers concluded.