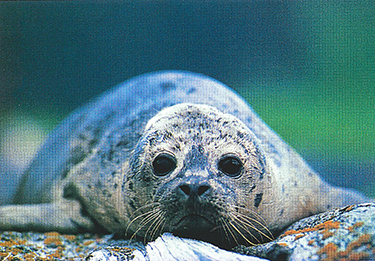 A young child’s attention span is a wonder to behold. My kids could spend hours digging a hole in a sandbox, but be utterly bored five minutes after opening all their birthday presents. Shopping is a particularly painful experience if your child has a short attention span. When my children were preschoolers, I used to take them to the old REI store in Capitol Hill and cross my fingers that they would behave.

Before REI moved into its new flagship store two years ago, it occupied two old buildings connected by an enclosed ramp. I used to head straight for that ramp with Emily and Ted in tow. They would start at the top and run all the way to the bottom of its gentle decline. And then they would march up to do it over again, expending energy they had stored up during a rainy Seattle afternoon.

But in the midst of their running adventure, they would suddenly stop and say “mountain” or “bear” or “seal.” Pictures along the walls of that ramp were so dramatic that even a 4-year­old couldn’t help but take a look at them.

That’s when I realized the power of Art Wolfe. This 1975 UW graduate had placed his images on that ramp for sale. Signature shots of Mount Rainier hung next to a wolf howling in the forest or a close­up of a bulbous mushroom. Wolfe’s shots of nature took outdoor photography further than I had seen it before, into a painterly, sometimes almost abstract art form. Wolfe credits his education at the UW School of Art with helping him see the world with an artist’s eye, crafting images so arresting that they draw the attention of a hyperactive 4-year-old.

Times have changed. The old REI is gone, but Art Wolfe has a gallery at the top of the new store—and plans to expand into other REI sites. Wolfe also has several dozen books in print and more projects coming. Photography has changed too, with the digital manipulation of images, and Wolfe has been part of a controversy over what is “real” in nature photography. My kids have changed too—both are teenagers now, but I still catch them paging through a Wolfe book left on our coffee table. His artistry is so powerful, it even captures the attention of a 15-year-old.