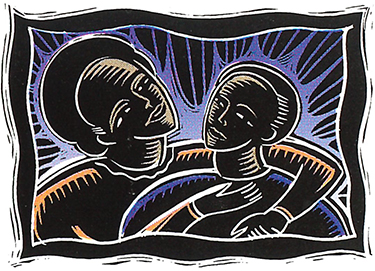 When it comes to raising children through what can be perilous years of early adolescence, mothers can be powerful if they just hang in there, according to a UW study of 86 African-American families in Seattle.

“The children with the worst behavior associated with a ‘bad’ peer group, had no father at home and had a poor relationship with mom,” explains Psychology Professor Ana Mari Cauce.

An adolescent’s relationship with his or her mother wasn’t a significant factor if the child had a benign peer group. But a teen’s problem behavior increased by hanging around bad peers and having a poor relationship with the mother.

“African-American mothers can have a big effect, even with no father in the house, but it is damned hard,” says Cauce, whose research team tracked seventh- and eighth-grade students for three years.

For families without fathers, it didn’t matter much if the teen’s peers were benign. But if the peer group included troublemakers, the absence of a father at home magnified the negative influence of the friends.