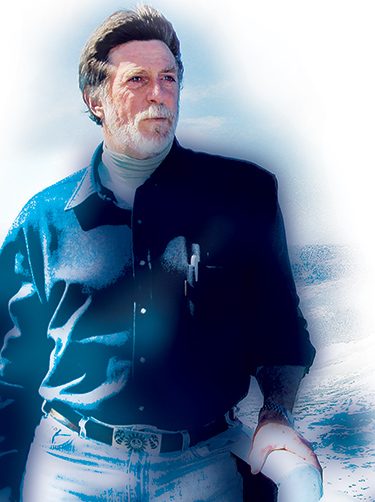 The University of Washington is slated to receive its largest-ever federal award—$126 million over 5+ years—to connect the ocean to the Internet, an endeavor that will open a window on a deep-sea world we hardly know and promises to revolutionize the way ocean scientists work. It also represents the culmination of a nearly 20-year odyssey for John Delaney, UW professor of oceanography and project head, who, with colleagues, conceived the idea of the wired ocean.

The work, initially known as NEPTUNE and now the Regional Scale Nodes, is part of a larger National Science Foundation program called the Ocean Observatories Initiative, which will create a network of semi-permanent research outposts throughout the global ocean. Building a cabled observatory connected to the Internet will essentially enable ocean scientists to be in the right place all the time. They’ll have virtual access to their deep-sea study site anytime, from anywhere in the world.

By 2013, the UW team hopes to have the main fiber-optic and power cables laid and connected to seven hubs—essentially, power outlets and Internet connections—off the coast of Washington and Oregon. Working with colleagues, they will design more than 100 sensors to monitor earthquakes, microbial activity, carbon flux and a host of other ocean processes.

“Not only are we putting things at the bottom of the ocean, we’re putting them next to underwater volcanoes, and areas that are prone to earthquakes and ground-shifts and things like that,” says the project’s chief engineer, Gary Harkins, ‘68, of the UW Applied Physics Laboratory. “It’s almost like sending something into space.”

Once online, the underwater research facility will stream live, high-definition video and many other types of data from the deep ocean and even permit real-time, two-way communication with instruments on the system. Researchers will be able to shift a camera angle to get a better view of an erupting volcano, sample the water column more frequently during a phytoplankton bloom, or make other changes in response to unfolding events.

Moreover, most of the data collected will be accessible to scientists in other fields, school children, ocean buffs—pretty much anyone with an Internet connection. “Then what you’re doing,” Delaney says, “is inviting a gigantic audience to the scientific party.”