Research finds life could be more challenging in other solar systems 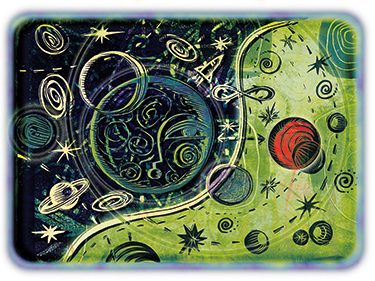 Weird neighbors make life more challenging. That’s a well-established principle here on Earth, but it turns out to apply in deep space as well, according to new research by a team including Rory Barnes, a postdoctoral astronomy and astrobiology researcher at the UW.

Scientists searching for planets outside the solar system that could support life typically look for rocky orbs in the so-called “Goldilocks zone”—a narrow band not too close and not too far from the star they orbit, where temperatures are friendly to life and water exists in liquid form.

The new research, presented at the American Astronomical Society meeting in May, shows that “the habitable zone is very complicated,” Barnes says. That’s because many planets in other solar systems have highly elliptical, or “eccentric,” orbits—unlike planetary orbits in our own solar system, which are roughly circular.

The research team used computer modeling to show that the gravitational pull of a large, Jupiter-sized planet with an elliptical orbit can tug a smaller nearby planet in and out of the habitable zone. Planets buffeted by giant neighbors could go through rapid and repeated cycles of glaciation; that is, seas could freeze over and defrost within the course of 1,000 years or so. Day length would fluctuate, and average yearly temperatures could change quickly.

Could life exist under such conditions? Perhaps, but life forms adapted to these extreme and rapidly changing environments could be very different from life on Earth. So maybe weird neighbors make life more … weird.