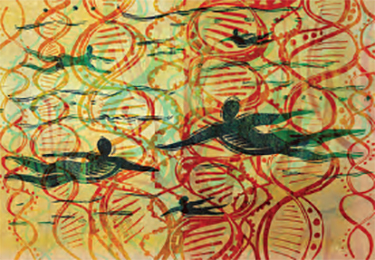 UW researchers were one of three teams of university scientists who found a link between autism spectrum disorder and mutations that occur spontaneously near or during conception. They determined that the mutations were from the father at an overwhelming ratio of 4 to 1 with older fathers tending to have children with more mutations.

Although the mutations are rare and account for only a fraction of autism cases, the study is important because it’s a step toward determining the biological foundations of these disorders. Dr. Brian J. O’Roak, a senior fellow in the Department of Genome Sciences, was first author of the UW study led by Drs. Jay Shendure and Evan E. Eichler.

The researchers used the latest sequencing technologies to build on a previous study with an initial 20 families with an autistic child. In the current study, they expanded the research to include 677 individuals from 209 families with a single child with autism. The also analyzed the “exomes” of 50 unaffected siblings. Exomes are the parts of our genome that encode genes.

The results of the three teams were published in the journal Nature and covered by The New York Times and media outlets across the U.S.