Researchers find patterns that predict when couples will divorce 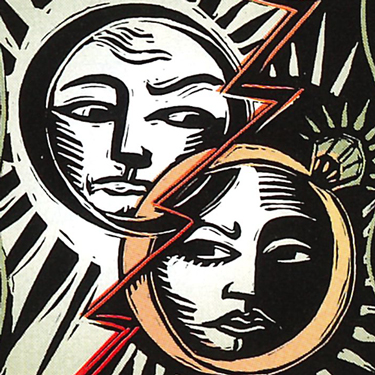 Researchers studying the state of American marriages now can predict not only which couples will divorce but also when they will divorce.

Writing in the September issue of the Journal of Marriage and the Family, psychologists from the UW and Cal-Berkeley found two distinct patterns of marital interaction that seem to predict divorce at different points during a marriage.

The initial critical period for divorce is the first seven years of marriage. The new study shows that the relationships of couples who divorce during this time are volatile and laden with negative emotions, says UW Psychology Professor John Gottman. The second critical time for divorce is in midlife, when couples often have young teenage children. Gottman said these marriages are far different, marked by coolness between partners and the suppression of emotions.

“Couples in the early divorce group are openly contesting and fighting with each other. There is an attack and defend mode with escalating conflict,” Gottman says. “They are physically aroused and have high heart rates.”

A typical midlife divorcing couple was portrayed by Kevin Spacey and Annette Bening in the Academy Award-winning film American Beauty. “These couples are alienated and avoidant. They are the people you see in a restaurant who are not talking to each other,” he says. “They raise kids together, but there is not much going on with each other and they realize their marriage is empty.” The end of this type of marriage often coincides with a midlife crisis when one partner realizes his or her marriage, life and/or job are empty and begins looking for something better.

Gottman and his Cal-Berkeley colleague compiled the data after following 79 couples from Bloomington, Ind., for 14 years, starting in 1983. At the end of the study, 22 couples, or 28 percent, had divorced. He says both types of marriage can benefit from marital therapy and are not necessarily doomed to failure.