Researchers send signal from one brain to another 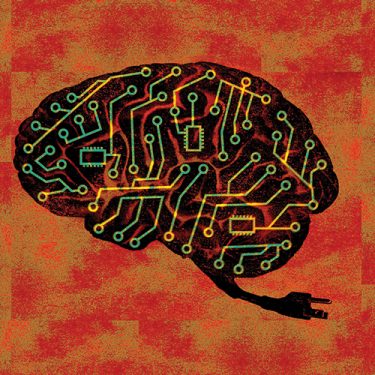 UW researchers have performed what they believe is the first noninvasive human-to-human brain interface, with one researcher able to send a brain signal via the Internet to control the hand motions of a fellow researcher.

Using electrical brain recordings and a form of magnetic stimulation, professor of computer science and engineering Rajesh Rao sent a brain signal to Andrea Stocco, a research assistant professor in psychology at the UW’s Institute for Learning & Brain Sciences, on the other side of the UW campus, causing Stocco’s finger to move on a keyboard.

At first blush, this breakthrough brings to mind all kinds of science-fiction scenarios. But Rao cautions that this technology only reads certain kinds of simple brain signals, not a person’s thoughts. And it doesn’t give anyone the ability to control your actions against your will.

Stocco says the technology could eventually be used by someone on the ground to help a flight attendant or passenger land an airplane if the pilot becomes incapacitated. Or a person with disabilities could communicate his or her wish for food or water. The brain signals from one person to another would work even if they didn’t speak the same language.