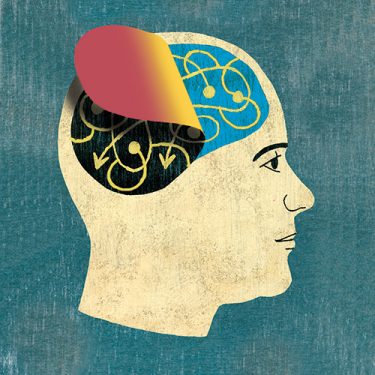 A couple of years ago a scientist looking at dozens of MRI scans of human brains noticed something surprising. A large fiber pathway that seemed to be part of the network of connections that process visual information showed up, but the researcher couldn’t find it mentioned in any of the modern-day anatomy textbooks he had.

“It was this massive bundle of fibers, visible in every brain I examined,” says Jason Yeatman, research scientist at the UW’s Institute for Learning & Brain Sciences. “It seemed unlikely that I was the first to have noticed this structure; however, as far as I could tell, it was absent from the literature and from all major neuroanatomy textbooks.”

In a paper published by the Proceedings of the National Academy of Sciences, Yeatman and colleagues from Stanford describe the history and controversy of the elusive brain pathway, explains how modern MRI techniques rediscovered it, and gives analytical tools researchers can use to identify the brain structure—now known as the vertical occipital fasciculus. The researchers also provide an algorithm that others can use on their own data to find the pathway and measure its properties.

“To support reproducible research, our lab makes a strong effort to share software and data,” said Brian Wandell, senior author of the paper and a psychology professor at Stanford. Applying the algorithm could lead to a better understanding of its role in human cognition and in patient populations.