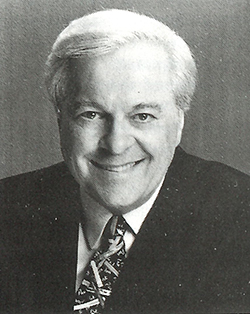 Robert Osborne, ’54, jokes that if John Wayne hadn’t made “The Green Berets,” Osborne wouldn’t have known that there was a Vietnam War. “I sometimes feel like I know a lot about the movies, but not a whole lot else,” he says.

Movies have been a predominant part of Osborne’s life since his days as a UW student in the 1950s. And nothing’s changed.

As a longtime columnist for the Hollywood Reporter, host of a movie classic series on the Turner Channel, and author of eight books chronicling the Academy Awards, Osborne is one of today’s most well-known and respected Hollywood journalists.

Osborne, a native of Colfax, got the celluloid bug while a student at the UW. Every week, he spent hours in Suzzallo Library, going through the New York Times movie sections. “I kept records of how long a movie played at a theater, what theater it played in, what kind of advertising it received, and I learned a lot from that.”

An actor with a Seattle theater group, Osborne, a UW journalism student, wanted to get into the movies. He signed a contract with Lucille Ball and moved to California, but his acting career never went anywhere. The famous comedienne gave him some sage advice: “She told me that there were enough actors, and that with my writing background, I should write about the movies.”

By the age of 23, he wrote his first book, Academy Awards Illustrated. From then on, he was considered a Hollywood authority. “I probably didn’t know more than anyone else. I just wrote it in a book,” he says.

He is quick to credit his years at the UW as a turning point in his life. “Growing up in Colfax, everyone knew everyone else. In college, I had to learn how to get along with all sorts of people. I loved it.”

He also loved going to the movies. His favorite Seattle movie house was the now-defunct Music Hall. He also ventured downtown to the old Metro Theater (now the site of the motor entrance to the Olympic Hotel) to see the stars who came to Seattle to perform in plays.

His love for the movies hasn’t diminished, even though he is critical of the pictures being turned out today. “The people making movies are not using their powerful medium in a responsible way,” he says. “Many are only in it to make a buck. It distresses me that many filmmakers aren’t taking responsible approaches to the violence and language movies contain these days.”