Saying goodbye to Her Majesty 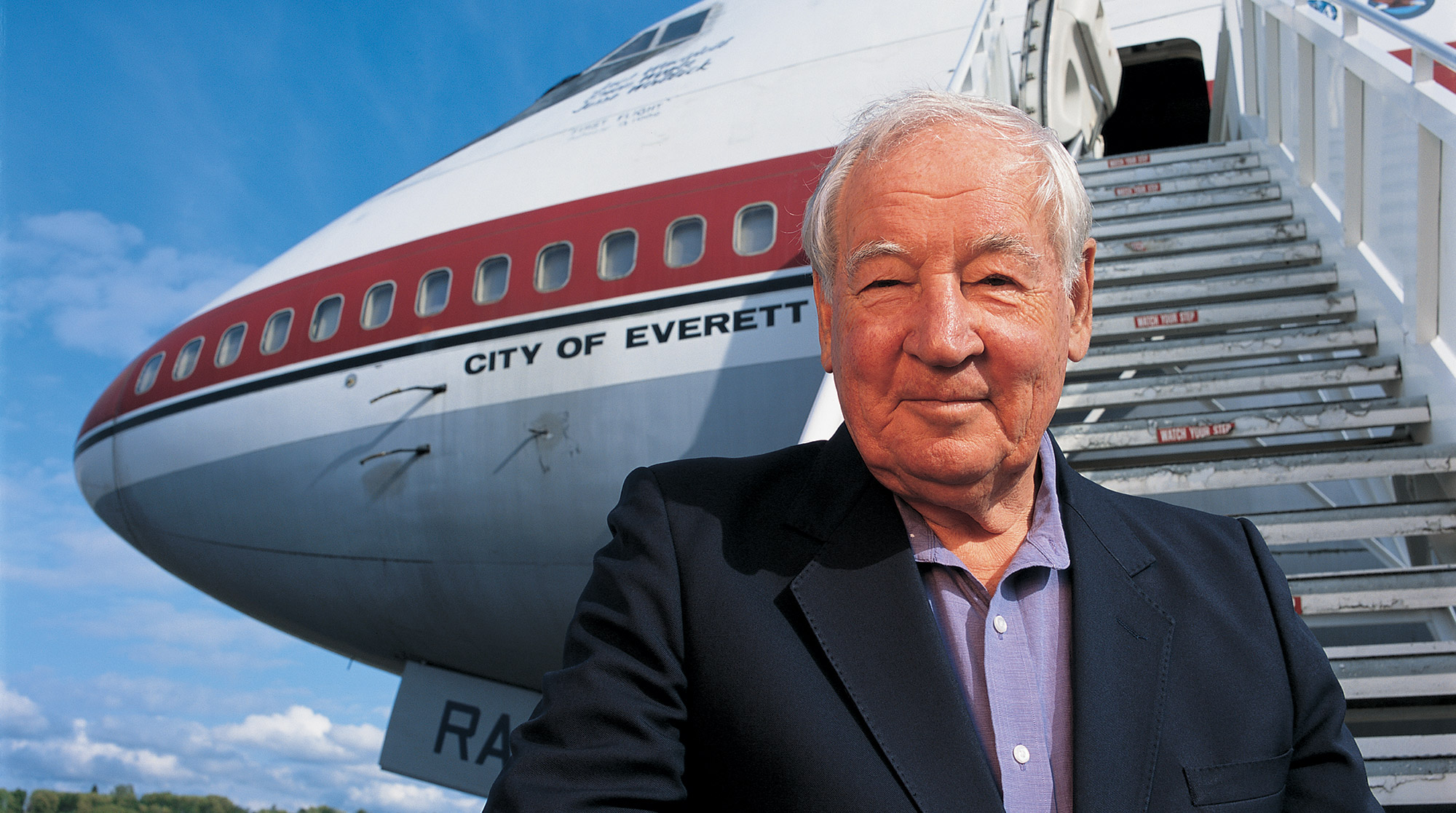 Creator of the Boeing 747, Joe Sutter served as an aviation engineer in the Navy during the closing days of World War II at Eniwetok in the South Pacific. Photo by Kathy Sauber of University Photography.

As a kid, Joseph Sutter loved riding his bike from his modest home on Beacon Hill down to Boeing Field to watch planes take off and land. Aviation was his first love and led him to study aeronautical engineering at the University of Washington. He went on to become one of the greatest engineers of our time. He had his hand in creating many Boeing planes but his real claim to fame was designing the first twin-aisle jumbo jet. Working with a group of Boeing employees called The Incredibles, Sutter, ’43, revolutionized air travel for the masses with the 747, the largest plane in the world up to that point. But his impact went far deeper; the 747 was the most successful air freighter of all time because of the ingenious plan Sutter had for carrying cargo.

Which made it a bit sad when, on Dec. 6, the final Boeing 747-8 rolled out of Boeing’s equally massive facility in Everett. The plane, affectionally nicknamed “The Queen of the Skies” since its rollout in 1968, was mostly discontinued as a passenger plane in 2017 due to the emergence of innovative, fuel-efficient, long-range twin-engine jets such as the Boeing 777 and Boeing 787 Dreamliner. 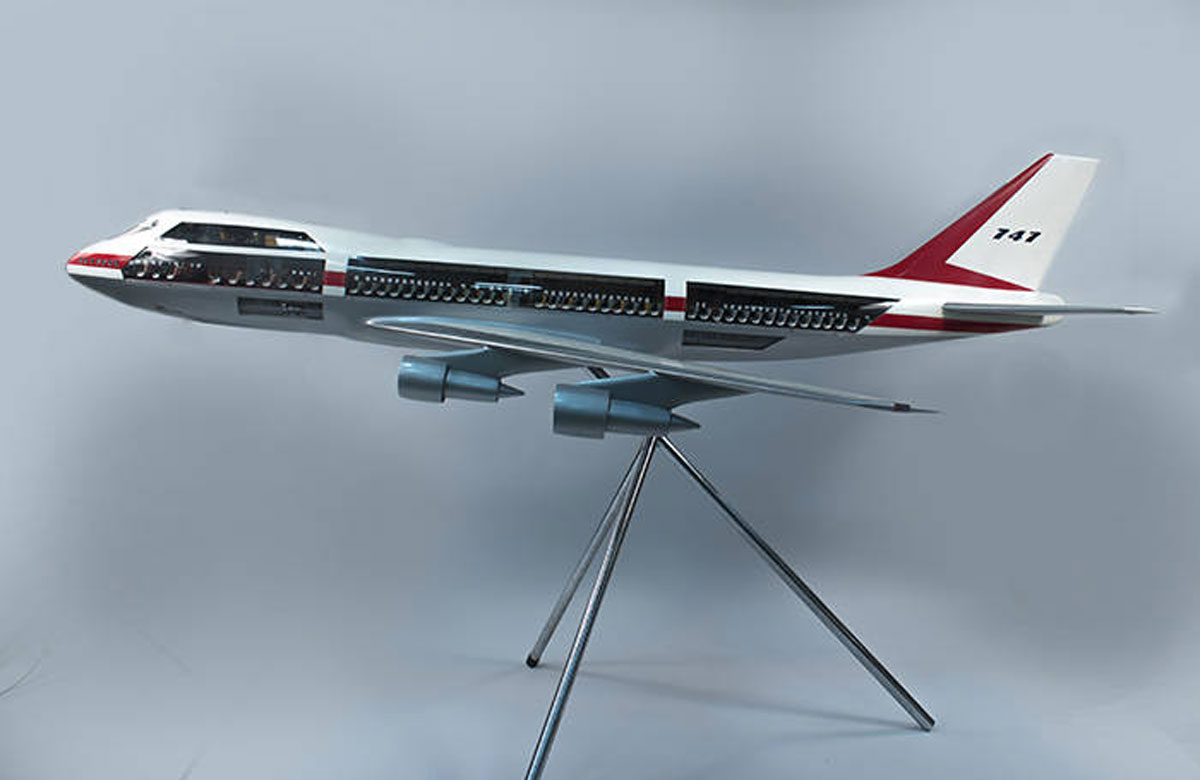 A model of the first 747, which rolled out of Boeing’s Everett plant on September 30, 1968. The original 747 was almost as long as a football field and had a wing area bigger than a basketball court. Its tail was higher than a six-story building. It cruised at 640 mph and could carry almost 500 passengers. Photo courtesy of MOHAI.

As I wrote in an Editor’s Column more than five years ago, Sutter’s genius and the humongous plane he created was truly a monument to the University of Washington. Sutter was the son of a Slovenian immigrant turned Seattle meatcutter. Money was tight for the Sutter family so attending a pricy, private school like MIT or Princeton was out of the question, even though he had the smarts. His early Boeing colleagues didn’t always think too highly of Sutter, since he studied at the UW, but it didn’t take long for that to change.

But back to the 747. It’s rare that an airplane – let alone anything these days – lives for 54 years. But there is a reason Atlas Air, a cargo company, bought the final three 747 freighters Boeing produced in Everett. The 747-8 freighter model, introduced in 2009, was the largest version of the plane ever made. It remains a popular choice for ferrying freight all over the world precisely because of its hump-shaped nose that allows it to swing open to accommodate large cargo. A couple of international airlines carry passengers on the 747-8 but its life as a passenger plane is mostly behind us.

For years to come, we can still occasionally hear the monstrous roar of the four engines high in the sky and know that it is one of Boeing’s finest hard at work. And we can smile that a lanky son of an immigrant made the most of his opportunity at the UW to make an imprint on life that we will forever feel, even if we can’t see it in the skies.