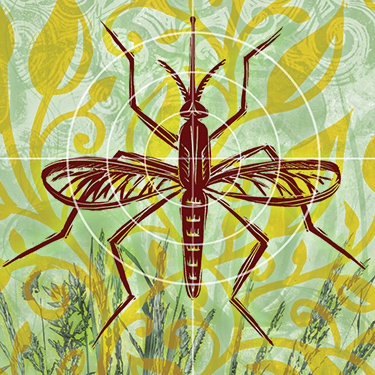 In the future, global-health experts may be able to cast a genetic net over mosquitoes to prevent them from spreading malaria to people. A major step forward in genetic control of malaria-transmitting mosquitoes has been reported in the journal Nature by scientists at Imperial College London and at the University of Washington.

Study results showed that a “selfish” genetic element in a few mosquitoes could transform a large population in a relatively short time. Selfish genes are genetic elements that excel at promoting their own propagation from generation to generation. In the study scientists altered a small population genetically and then introduced those insects into a larger population in the laboratory.

This study didn’t alter the genes for transmitting malaria. Rather, the study was testing what’s called a “proof of principle.” The scientists wanted to see if the modified gene would spread throughout the larger population. In this study the scientists bred the mosquitoes with a green fluorescent gene so that they could easily track its spread in the larger insect population. It took 12 generations for the change to take hold in a majority of the mosquitoes. So, a similar technique used in the wild some day may curb the spread of malaria.