“Synonymous with being anonymous” is the way one discouraged freshman summed up the experience.

“That perennial UW problem” is the administrative lament. Whatever you call it, being a new freshman among 34,000 students can be a lonely and disorienting experience.

It can be, but doesn’t have to be—especially now that a group of professors and administrators is working hard to transform the first year at the University of Washington from lonely to inspiring. Their tool: Freshman Seminars, a new program designed, as Education Professor Pam Grossman puts it, “to create a safe place for new freshmen in a large, impersonal university setting.”

The seminars are a simple concept: a one-credit, low enrollment, no grade, one-hour-a-week class for freshmen taught by a UW professor on any topic he or she wants. Students can take up to three seminars for credit and enroll in as many as they want. Any faculty member is welcome to teach, including those who usually deal only with graduate students. This fall two deans and a Nobel Prize winner will be among the faculty participating.

During the 1993-94 academic year, 500 freshmen took nearly 50 seminars. Topics ranged from “The Hook of the Book” (English Professor Richard Dunn’s consideration of how one novel—Robert Penn Warren’s All the King’s Men—changed his college career) to “The Last Comprehensive Medicine: Tropical Medicine,” in which Dr. Gottfried Schmer of the UW School of Medicine explored disease control in developing nations. Other topics included: “The Near East in a Nutshell,” “Medieval Europe: Dark Ages or Light?” “Where was Vancouver Island 100 Million Years Ago?” “Gravitation,” “How Do We Know the Moon is Not Made of Green Cheese and Why Should We Care?” and “Keeping Healthy in a Risky World.”

From Fall through Spring Quarters, almost all the University’s schools and colleges contributed to the Freshman Seminars program, including law and medicine, schools that traditionally are not oriented toward undergraduates.

A provocative topic is only half the appeal, however.

“The heart of the Freshman Seminars program,” says Fred Campbell, dean of undergraduate education, “is the desire to place students into close contact with a regular faculty member who comes to know them: who they are, where they’re from, what they’re trying to achieve—(someone) who has an ongoing interest in their academic well-being.”

The seminar topic provides what Campbell calls “an intellectual core” around which teachers can draw new students into the academic life of the University, while at the same time giving them a forum in which to discuss their life outside the classroom.

One year later, Freshman Seminars are very much a work in progress, on many different levels. In the classroom, students fresh from high school are engaged in the process of transforming themselves into collegiate scholars. They must learn to act, not react; to challenge ideas and teachers for perhaps the first time; and to plunge confidently into the sea of sophisticated learning resources offered at a major research institution.

In turn, professors are puzzling out which strategies work—and which don’t—in the process of coaxing these students’ academic skills up to University levels. And in guiding this experiment, administrators are searching for the right balance between structure and creative freedom.

The reasons for initiating the Freshman Seminars program were numerous. The University’s size is an obvious one. For many incoming students, UW is the largest city in which they’ve ever lived. Says Michaelann Jundt, director of new student programs, “It’s that perennial UW problem: It’s a big, impersonal place. How do you find your place in the community right away? It’s easy to spend your first few years here and not be in a small class.”

Furthermore, academic administrators were discovering that when upper-level students started applying for scholarships and fellowships, many had no one to write letters of recommendation for them. “It was really becoming clear that students were not cultivating relationships with faculty,” Jundt says, “at least not early on.” 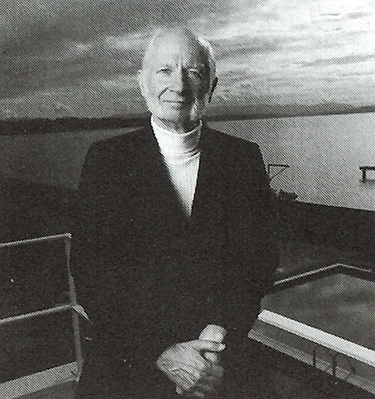 The seminars were conceived as a way to guide new students into what Campbell calls academic “neighborhoods” in the University’s “city.” Upper-level students usually find more enjoyment and meaning in their education when they decide on majors and come to call a certain department home. In the same way, these seminars can help freshmen get a jump­start into a comfortable corner of University life. The seminars are part of the University’s commitment to a range of programs linking freshmen quickly into the UW community, such as freshman interest groups, mentor programs and orientation.

“How can we make the large university smaller? How can we get students off to the best start?” asks Campbell.

The seminars were begun on only a few months’ notice last fall. “I had no clue what they were,” says Jeanine Carlson of Everett, who entered the UW in fall 1993, intending to study education. She signed up for “Ethical Issues in Public Education,” taught by Education Professor Gene Edgar, and was elated. “I just loved it,” she said.

What unfolded during the first year was exhilarating, unpredictable, provoking and eventually quite satisfying as students and teachers created what Undergraduate Dean Campbell observes were “educational experiences that typically didn’t exist in the past.”

New Students Director Jundt, who was responsible for organizing the seminars, admits she thought the hard part would be over the first day of the quarter. “I thought once the faculty and students got together, everything would be fine,” she recalls. Instead, it became clear that the program’s deliberate lack of structure—mixed with freshman inexperience and a few faculty miscalculations about how to proceed—provided problems as well as opportunities.

Typical, perhaps, was the experience of student Jenny Scroggs of Mercer Island who enrolled last fall in “The Development of American Colleges and Universities,” taught by UW Executive Vice President Tallman Trask III, an affiliate professor in education. The seminar topic was of definite interest, Scroggs remembers, but the initial structure of the class wasn’t. The students, she says, “were not going to be receptive to listening to a lecturer.” Trask obligingly reshaped his course .. He lectured less, instead organizing campus tours, discussing new construction, and even bringing in UW President William P. Gerberding for a guest appearance.

The flexibility Scroggs found in her first seminar encouraged her to enroll in two more. “It’s a great way to personalize the University for people who want to feel like the place is a little smaller.”

Education Professor Grossman, who taught her department’s seminar during Winter and Spring Quarters, was fascinated as she watched her students “examining their own experiences as learners.” A former high school teacher who now teaches mostly graduate students, Grossman readily admits she learned much from giving her students a degree of control. It was they who suggested the class watch movies about education Spring Quarter, an approach Grossman says she wouldn’t have thought of but found “quite pedagogically powerful.”

Medicine Professor Schmer discovered his challenge was to break the students’ fears of speaking “baloney.” They wanted to be right or they wanted to keep their mouths shut. “It’s a high school mentality,” he says. He took it as his duty to impart the idea to his freshmen “that there are no dumb questions, only questions” and that exposing yourself in the learning process is an honorable risk in higher education.

Oceanography Professor James Murray was inspired to teach a seminar by his own lack of contact with faculty as a freshman. He found his seminar on “Global Change” thrived when he was sensitive to his pupils’ need for participation. “What worked best was when I let the students talk. If I asked the questions the right way, I didn’t have to do much talking.”

In short, the seminars inspired responsiveness and spontaneity. Some groups moved out of classrooms and into labs, design studios, even the provost’s library. E-mail discussion groups started. A few instructors continued their seminars beyond Fall Quarter. 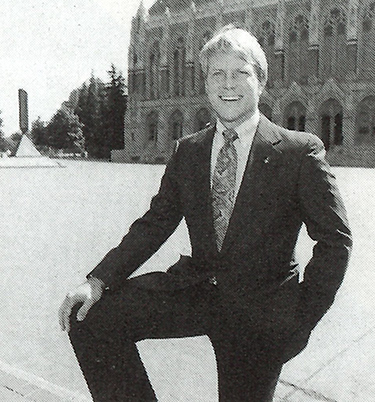 Grossman had her students over for dinner twice. Campbell required that his students check in with him regularly after the seminar was over.

“I didn’t realize that it would really be more a mentoring than a teaching situation,” says Professor Dan Luchtel of Environmental Health, who, with Professor Jane Koenig, taught “How Does Air Pollution Affect Your Health?” Their projected solution: shape seminars around ways of thinking, not specific information.

“The one thing I would do is give it much more structure,” says Law Professor John Haley, who taught “Critical Thinking.” He suggests connecting the seminars to existing courses, making them informal discussions to pair with more structured course work.

Campbell is taking all the assessments into account as his office prepares for a second year of seminars. He has promised to try to accommodate faculty suggestions. “We can’t impose a particular format. It’s open to faculty taste and innovation. Because it’s a new program, we have to sort out what works well from that which doesn’t,” he says. However, he continues, “to keep it fresh and open requires that faculty retain the decision about what to teach. It has to be faculty driven.”

Student Scroggs sees the looseness of the seminars as an asset from the students’ point of view, too. “It was a good thing they weren’t too structured the first year. It was important to feel like the seminars belonged to the students, that we were all supposed to be teaching each other.”

According to education student Carlson, the casual few minutes spent each week talking about their lives outside the classroom, made it “easier later on to discuss important issues.” Agrees Scroggs, “We had an opportunity to really talk about what was really happening to us. By December, we felt we had been together forever.”

Dean Campbell, a sociology professor and Distinguished Teaching Award winner, found that the intimate Freshman Seminar format “brought me into their lives” in a moving way. He recalls one day in particular when everyone in his seminar, “Becoming Educated,” seemed utterly down. He went around the room, checking in with one student after another and getting an earful about grades, homework and teachers. That is, until he reached the freshman who simply said, “My father died last weekend.”

“We were galvanized by that student. The group pulled together,” Campbell recalls. Beyond moral support, Campbell admits, there wasn’t much he personally could do. But the incident emphasized for him the value of the seminars, as he realized how likely it was that “no other faculty member knew that student had that problem.”

Such stories, even though bittersweet, are validating to those devoting their energy to this project. Heading into a new year, Jundt feels much has been accomplished.

“I hope that there’s a group of freshmen out there who feel connected to the University on an intellectual level, not just through their friends or the dorm. I hope that it’s a help in their transition, a beginning to getting them academically engaged—which is a lot to ask for one hour per week. But I think it can happen.” As for faculty, she continues, “I think it opened up their eyes. I think they saw that freshmen are not; all prepared for college and that the academic and non-academic all swirl together. It’s easy for faculty to separate that out. I think they saw it’s all mixed up together.”

A little bit of fine-tuning and several tantalizing new topics are on tap for the 1994-95 round of Freshman Seminars. Every faculty member on campus has been invited to teach a seminar during the 1994-95 academic year. Among those who accepted are the Nobel Prize-winning Physicist Hans Dehmelt, former NASA astronaut George Nelson and two college deans. Here is a selection of the seminars scheduled for Fall Quarter:

The Physics of Juggling and Levitating an Antimatter Particle. Physics Professor Hans Dehmelt.

Everything You Ever Wanted to Know About Seeing, But … Ophthalmology Professor Elaine Chuang.

Laws and Sausage: The Space Station as an Example of the Messy Process of Government. Assistant Provost George Nelson.

Caroline Shevrin is a free-lance writer and edits academic articles for the UW School of Pharmacy.