Tribal scientists join the UW and volunteers to study the fate of our region’s shellfish in hot weather. 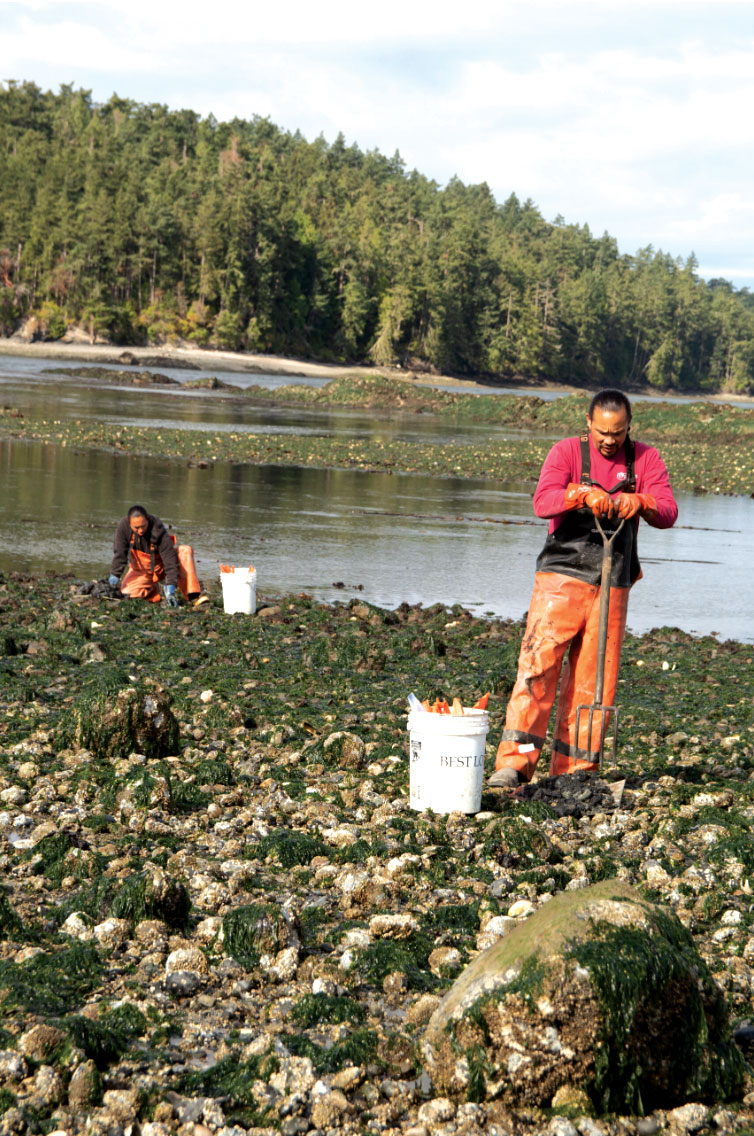 It’s hard to forget the excruciating heat that blanketed the Pacific Northwest in late June 2021. Temperatures soared well above 100 degrees, with Seattle hitting a record 108 degrees on June 28.

During the heat wave, research scientists, tribal ecologists and community members noticed a disturbing uptick of dying and dead shellfish on beaches in Washington and British Columbia. Quickly realizing this was an unprecedented event, the groups organized to document the die-offs as they were happening.

Now, a team led by the UW has compiled and analyzed hundreds of the field observations to produce the first comprehensive report of the impact of the 2021 heat wave on shellfish. It found that many shellfish were victims of a “perfect storm” of factors: The lowest low tides of the year occurred during the hottest days—and at the warmest times of day. The results were recently published in the journal Ecology.

“You really couldn’t have come up with a worse scenario for intertidal organisms,” says lead author Wendel Raymond, a research scientist at UW Friday Harbor Laboratories. “This analysis has given us a really good general picture of how shellfish were impacted by the heat wave, but we know this isn’t even the full story.”

The researchers found that each species’ ecology contributed to how it survived the extreme heat. Some shellfish that naturally burrow deep beneath the surface, like butter clams, usually fared better than ones that typically ride out low tide just below the sand’s surface, such as cockles. They also found that shellfish on the outer coast experienced low tide about four hours earlier, when it was cooler, than shellfish on inland beaches. This analysis was funded by Washington Sea Grant.