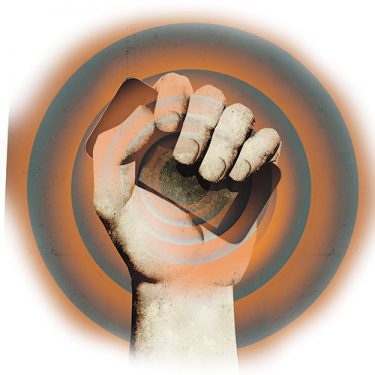 The screen siren Lauren Bacall famously once said to Humphrey Bogart: “You know how to whistle, don’t you? You just put your lips together and blow.” That was 1944. Today, you can do the same thing to test your lung function by blowing on your smartphone.

Researchers at the UW and Seattle Children’s have developed a smartphone app that gives an accurate reading of lung function. This will be a boon to people with asthma because until now, the only way to get tested was at the doctors’ office several times a year. Having the ability to self-test will make it easier to detect problems early—thus helping to avoid emergencyroom visits and hospitalizations.

Last year, a group led by Shwetak Patel, assistant professor of computer science and engineering, used a smartphone to track a person’s coughs during the day. Researchers found they could model a person’s trachea and vocal tract as a system of tubes to replace the spirometer, and use a smartphone to analyze the sound-wave frequencies to detect when the breath is resonating in those natural pipes.

A test on 52 mostly healthy volunteers using an iPhone showed the UW app, called SpiroSmart, came within 5.1 percent of a commercial portable spirometer that costs thousands of dollars. More clinical testing is planned.