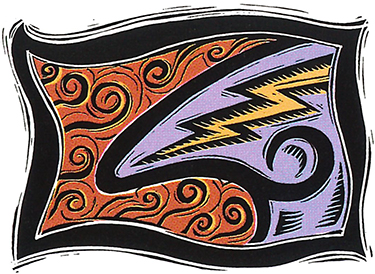 The age of “Artificial Insmelligence” has arrived: UW engineers have cooked up an electronic nose. It should help food processing factories, which often have problems detecting odors within the factory walls, explains Electrical Engineering Research Professor Pat Carey.

“A lot of bad smells aren’t detectable to the nose until they’re out of the factory and into the packages, he says. “So the key to helping industry is to detect possible odor causes during processing.”

The bad odors in processed foods are usually traces of unwanted leftovers. Acetone, a byproduct of coffee extraction, can be overpowered in a coffee factory by other aromas, but it can pop out when you pour a cup of java. The electronic nose will detect the presence of acetone and other undesirable chemicals.

The nose scans for four distinctive aroma groups prevalent in food processing and can detect a single odor-producing molecule among a million other molecules.

The nose was invented in the UW’s Center for Process Analytical Chemistry, a UW/industry research center. Procter & Gamble, Dow Chemical USA and Pfizer were among the center sponsors requesting that an electronic nose be developed. Several corporations are currently testing prototypes on the factory floor.