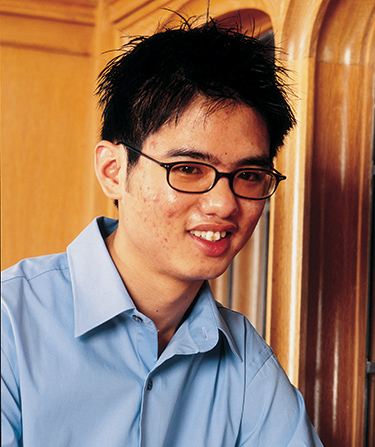 Roy Chan, ’02, a comparative literature/Russian language and literature major earned a 3.98 GPA in his four years at the UW. For his academic achievements, he was named the 2002 President’s Medalist.

“He is a phenomenon,” says Comparative Literature Professor Willis Konick. “He was able to skip third-year Russian and go on to fourth level, a feat akin to hopping the moon and pushing on to the sun.”

Chan grew up on Beacon Hill in Seattle. His parents, who immigrated from China and Hong Kong, speak little English and never went to college.

As a student at Seattle’s Cleveland High School, Chan was “constantly told that UW is as high as one can go.” He says he did not expect to succeed in college, let alone be accepted into the honors program.

The recipient of a Washington State Scholar Award and a four-time winner of the Pride Foundation/Greater Seattle Business Association scholarship for sexual minority youth, Chan is also a frequent contributor to the alternative student newspaper Ruckus.

Chan tutors high school students in Russian, directs a Russian conversation table at the UW and spent a summer studying in Russia. He will continue his studies this fall at Cal-Berkeley, focusing on Russian, French and Chinese literature.