Study casts doubt on use of lineups to identify criminal suspects 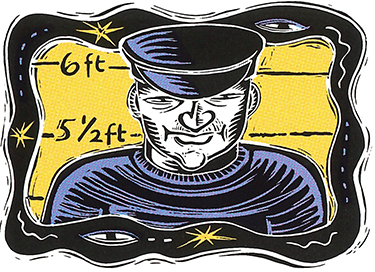 Movies and TV cop shows notwithstanding, the traditional police lineup may not be as fair a way to bring the bad guy to justice as previously believed.

That’s the conclusion of a joint study by researchers from the UW and the University of Michigan. The study compared two police identification procedures: lineups, where victims and witnesses choose from among several individuals, and “showups” in which a victim or witness sees one suspect face-to-face.

Researchers cited experiments in which about 250 students were asked to identify suspects after viewing simulated purse-snatchings, either live or on videotape. A third study used “real life” data from 50 lineups and 172 showups.

This study dismissed the commonly held notion that showups are more biased than lineups. “People seem a little trigger-happy with lineups and are more likely to select an innocent person as the suspect,” says Psychology Professor Richard Gonzales.

At a lineup, victims are likely to search for the person who most resembles his or her memory of the perpetrator, even if the match isn’t perfect. In fact, the presence of other, physically less qualified individuals may make the match appear better than it really is.