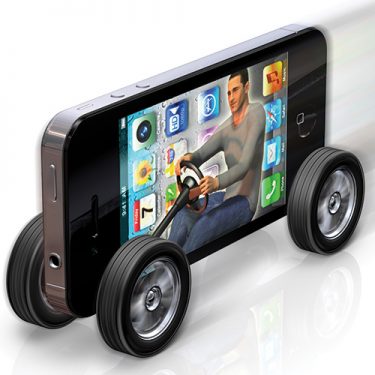 In Washington state’s first study to examine driver use of electronic devices, UW investigators saw that more than 8 percent of drivers were engaging with such devices behind the wheel, higher than previously estimated.

Among those driving distracted, nearly half (45 percent) were observed texting. The study looked at the behaviors of 7,800 drivers in six counties. Using randomized observations at controlled intersections, investigators recorded drivers engaged in a range of distracting activities, including texting and talking on the phone.

Researchers found that the most common source of distraction was a hand-held device, such as a cell phone. Among the 3.4 percent of drivers who were talking on a hand-held phone, half were holding the device near or under the steering wheel.

The study has important implications for state public health and law enforcement officials. Motor vehicle injuries remain the leading cause of death for Americans under 35 years of age. Estimates suggest that up to 28 percent of crash risk is attributable to cell phone use or text messaging in vehicles.

While the use of cell phones in the United States has grown exponentially, enforcement of distracted driving laws has struggled to keep pace. Prior studies show texting while driving increases crash risk by 23 times, similar to driving with a blood alcohol level of 0.19.