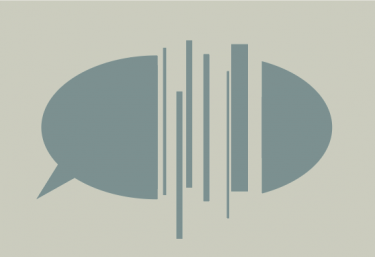 The assignment sat before him: a Mad Lib, one of those goofy, improvised stories that rely on random nouns, verbs and adjectives.

So 17-year-old Brandon began to tell the story, a made-up scene from a horror movie. Haltingly, he tried to form the words aloud: “choice,” “car,” “convention.”

For Brandon, this was a lesson not in articulating the words correctly but in easing the tension in his “speech machine,” in learning how to release rather than force a word from his lips. Over the coming days, it would be one of many readings, conversations—and yes, even speeches—in which the high school junior from Yakima would confront the challenge that brought him here: his stutter.

While his classmates had summer jobs and family trips, Stevens  came to Stuttering Summer Camp. For one week each June, the UW Speech and Hearing Clinic, in partnership with Seattle Children’s Hospital, hosts half a dozen teens for a combination of social activities and integrated speech therapy, an approach that balances managing tension in speech with exploring attitudes and emotions
surrounding stuttering. Each day presents real-world encounters for the teens as well as opportunities for parents to learn ways to help their soon-to-be adults.

Roughly 3 million Americans stutter, according to the National Institutes of Health. And approximately 5 to 10 percent of all children will stutter for some period of their lives. While there is no cure, therapy can help with managing it and enhancing fluency.

One of more than two dozen summer programs for stuttering around the country (most are at universities), the UW/Seattle Children’s program involves graduate students as therapists and pairs the work of speech therapy with the play of camp. Participants go bowling, play games and eat out—all activities that encourage, if not require, talking to friends as well as strangers.

Talking, after all, is why they’re there. From the first day, campers connect with other teens who stutter, learn to understand and accept their own stuttering, and expand the choices they can make when talking. Throughout the week, they step outside of their comfort zones, meeting new friends and ordering food at a restaurant.

It’s up to each person to choose what feels right to them, says Melissa Kokaly, a speech-language pathologist and lecturer in Speech and Hearing Sciences. She co-created the camp.

There is also serious conversation. During the week, adults who stutter shared their experiences with parents and participants. Two 20-somethings—one a speech-language pathologist who stutters, the other a spoken-word poet—sat with the group of teens to answer their questions. And there were many: Does stuttering affect your career? How about your dating life? How do you cope with ordering food at a restaurant, or worse, a sandwich place with a series of choices and a line behind you?

What do you do when you encounter a bully? Campers offered their own advice. Have sympathy, says a 14-year-old named Eddie. The bullies don’t know any better. Avoid the temptation to “take the bullies down” or “roast them,” because you don’t want to become a bully yourself.

Eddie was well on his way to embracing the messages for the day and, indeed, the week: It’s OK to stutter. Say what you want to say, when you want to say it. You get to choose how you want to talk. You speak differently, but you don’t need a “cure.” You’re not broken.

“It’s freeing,” says Brandon’s mother, Bernadine Stevens. “We were always led to believe we needed to fix it.” Kokaly and camp co-creator Elyse Lambeth, a speech language pathologist at Seattle Children’s and board-certified stuttering specialist, took a holistic approach when they started the program five years ago. They provide a menu of choices for communicating that includes openly stuttering; building teens’ confidence; and giving them a chance to bond with peers. After all, some campers, like Brandon, have never met another person who stutters.

“For the teen who stutters, there’s so much pressure to communicate fluently,” Kokaly explains. “But here, the message gets through that it’s OK to stutter.” Lambeth frequently tells the teens, “We want to hear what you have to say.”

On the last day of camp, each participant gave a short talk to a roomful of parents and graduate students. They did it before an audience, with notes or a PowerPoint—the kind of talk that could make anyone nervous. Colin, 16, offered parting thoughts for his new friends. “Don’t be scared of your stuttering,” he said clearly and confidently. “Don’t let stuttering define you. There’s so much more to you than how you speak.”

KIM ECKART is a writer in the UW News office.