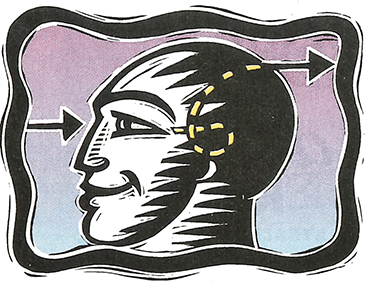 Almost 40 years ago, a New Jersey public relations specialist claimed he could make drive-in movie patrons eat more popcorn and slurp more soft drinks through the use of subliminal messages interspersed between the frames of a Hollywood movie.

Last September, UW psychologists proved that the New Jersey experiment was a hoax, while at the same time noting that there is some evidence that subliminal messages can affect human cognition.

By flashing a “word sandwich” on a computer screen—a real word preceded and followed by 15 nonsensical consonants—Psychology Professor Anthony Greenwald was able to improve the error rates of subjects playing a word identification game. Differences were measured in tenths of a second.

Greenwald has been able to repeat his initial findings with a group of more than 300 volunteers. However, his research also confirms that the in­fluence of a single subliminal word is gone in less than a second.