My week at a Texas detention center

As a former undocumented immigrant, I felt it was my duty to help. 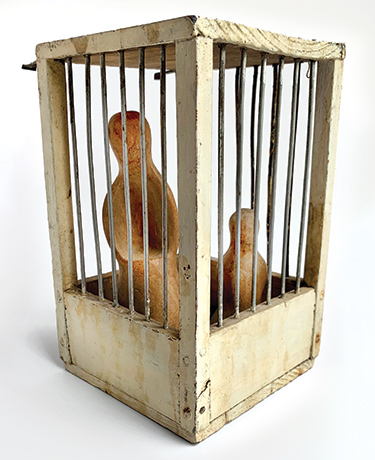 Arriving at the South Texas Family Residential Center—also known as the “Baby Jail” in Dilley, Texas, in February­—was a shock. After flying to San Antonio, our group of students and faculty drove about an hour south into the countryside. The closer we got, the less there was to see. I grew up near the border in San Diego, a lively metropolitan area full of beautiful views. By contrast, Dilley is a small town in a flat landscape. It is made up of family-owned restaurants, a few fast food chains, gas stations and jails.

My first impression of the detention center’s legal aid bungalow is still vivid. The room was packed with families in highlighter-colored sweats. Children were laughing, screaming and crying all at once. Although the room was visually bright, I’d never been in a gloomier place. Tension and anxiety covered the face of every woman in the room. I could tell that they wanted to stop me to ask questions, and at that moment, I felt both small and big at the same time.

I had heard about the opportunity to volunteer at the detention center in Dilley before winter break. The UW School of Social Work and the UW School of Law were collaborating with the UCLA Luskin School of Public Affairs to practice asylum law and provide social-work assistance to families being detained by the federal government. Personally, the trip meant a lot more than “opportunity.” This was a responsibility.

I am a former undocumented immigrant, a proud Latina from Mexico City. I didn’t know my immigration status until I was 14, when my parents explained why I couldn’t get a passport and go to Europe with my classmates. Being undocumented gave me a sense of hopelessness that I wouldn’t wish on anyone. Fortunately, in high school I obtained legal status. But I was well aware that this was not the case for many undocumented folks all over the nation. The memory of that experience sparked in me a desire to help others in similar situations. Although I knew that this volunteer opportunity would be emotionally grueling, I had to witness firsthand the atrocities I had heard about in the news. I wanted to provide support in any way that I could.

After several hours of training by the CARA Family Detention Pro Bono Project, my job was to prepare families for their grueling asylum journey. As a native Spanish-speaker, I was able to immerse myself in assisting the families. My tasks included conducting “charlas,” or talks, 20-minute group-intake conversations to inform the asylum-seekers of the interview process, their rights, our role as their legal aides, and to offer our legal services. We helped the detainees prepare for their Credible Fear Interview, in which they had to convince an Immigration and Customs Enforcement officer that they were escaping persecution or trauma in their home country. 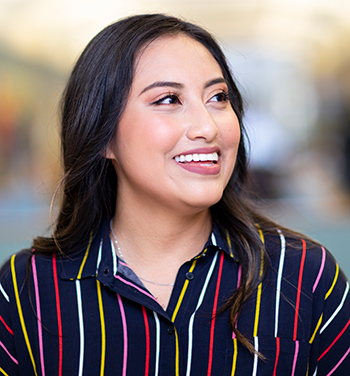 My first preparatory meeting with a detainee took over three hours. I paired up with Jane Lee, assistant professor at the School of Social Work. Our detainee had tears in her eyes from the start. She and her 4-year-old son were fleeing a domestic violence situation, from a man who was gang affiliated—an ongoing social issue in Honduras. She had experienced death threats, physical, emotional and sexual abuse.

Her little boy volunteered the story of seeing his mother threatened with a knife. Jane and I realized we were working with someone who suffered a tremendous amount of trauma. We tried to offer empathy, kindness and a safe space for her to share as much of her story as she felt compelled to.

Many, if not all, of the families we encountered had been arrested by the Border Patrol after crossing the Rio Grande. They were first placed in a holding facility known by the detainees as the “hielera,” which literally translates to icebox, because of its freezing temperatures. The detainees had just one Mylar blanket to keep them warm, and were denied dry clothing.

Unfortunately, that was just the start. The families were then transferred to the “perrera,” or dog pound, an overcrowded facility where they were kept behind chain-link fences, fed bologna sandwiches twice a day, and forced to use lavatories in front of guards. If they declared fear of returning to their home country, they were transferred to Dilley. Because of the conditions of the first two facilities, nearly all the women and children were ill.

I threw myself into the chaos of the Dilley center. I spent hours helping fill out immigration forms and listening to stories. I could sense the relief of having someone who could speak their language, a friendly face. Another woman shared the devastating details of her daughter’s kidnapping by an MS-13 gang member who was extorting her for money. At the end of our emotional preparation, she tearfully said, “I’m so glad I got you. You look like my niece, and it will be so comforting to have you during the interview with me.”

Another woman’s 10-year-old daughter talked about her love of learning. She hadn’t been able to attend school in Honduras for more than a year because of gang violence and was so grateful for the school services in Dilley. I thought about my 10-year-old sister back home and how this child deserved to be in a real school, to have friends and to enjoy her childhood. Instead, she was sitting in this facility sharing how rejected she felt by this country. I looked her and her mother in the eye, and said, “You are absolutely welcome here. I welcome you with open arms and an open heart. You absolutely deserve to be here and I am so glad you are.”

One of my most daunting duties was going with inmates to their ICE interviews. The first woman I accompanied was terrified. She was about to share agonizing details of her domestic violence situation with a stranger, one who held her future in his hands. We met the morning of her interview. She hadn’t slept the night before.

As we walked over to the court bungalow together, she was wringing her hands and fighting back tears. To our dismay, the hearing was canceled. No explanation. No rescheduled appointment. ICE didn’t care what effect this had on her mental and emotional well-being. That happened to many women that day—women who were bewildered and powerless and struggling to understand what was happening in a language that was foreign to them. At that moment, I was so glad to be there to provide her with comfort and clarity.

That event was a reminder that while I had traveled to Texas to provide assistance, I was also there to witness the actions of our government. I saw disregard for human rights and lack of compassion. I learned about abhorrent conditions at the detention facilities and of violations of the United Nations 1967 Protocol obligating the United States (and more than 140 other countries) to provide protection for people seeking asylum. I saw children so sick that they couldn’t keep their eyes open, and mothers who begged for medicine beyond the VapoRub and honey they were given. And I witnessed infants under a year old in jail.

The families had come to the United States with plans to go to places around the country where friends or family were waiting to welcome them. Coincidentally, our group encountered a family on their way to Bellevue, Wash. I realized how close to home this was.

I always knew I wanted to work in policy and advocacy. My experience at Dilley, however, helped me focus on the immediate trauma of these women and children in detention, as well as the long-lasting effects the experience would have. At the end of the week, I talked with my professors at a café in San Antonio and realized there is a profound need for psychosocial services for families at the detention facilities as well as in their new communities after they are released.

Later that day at the San Antonio airport, we saw the woman and her child on their way to Bellevue. After a week of being barred from any physical contact with detainees and their children, we were finally able to embrace them and have a moment of closure. One of our group bought the child his first real American meal—chicken fingers.

As I saw the boy eating happily, his mother smiling at his side, I thought about how I spent the past week with a knot in my throat, a feeling of disgust with humanity, and a deep sadness. But then there was this moment, which held promise. I was honored to support these families. Their faces will forever be in my memory.

Alejandra Villa, '19, completed her Master of Social Work degree this spring. Shortly after returning to Seattle, she started searching for ways to put her experience at Dilley, her expertise in social work and policy, and her language skills to use. In March, she was hired by U.S. Rep. Pramila Jayapal’s office, where she now serves as a Constituent Services Representative working with asylum-seekers and undocumented immigrants, their families and the communities around them.