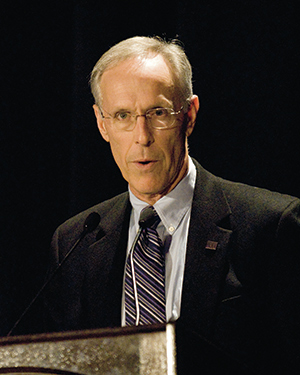 Turner, 56, came to the UW in June 2004, in the wake of a college-sports betting scandal involving former Football Coach Rick Neuheisel and an investigation into the distribution of drugs without prescriptions by a volunteer physician for the women’s softball team.

“When I was hired in 2004, the President’s primary charge to me was to create a culture of integrity in athletics and to reconnect the athletics program to the mainstream mission of the University. This is something the staff in athletics and I have worked at every day. I do believe we have made great progress,” Turner said in a statement announcing his departure.

UW President Mark A. Emmert, ’75, credited Turner with turning the department around. “When Todd was appointed,” said Emmert, “we needed a strong presence to restore integrity and confidence to the department and to bring to it a new level of management expertise. In his time here, Todd accomplished both of these. He built a superb senior management team and set high expectations for rules compliance and integrity, candor and student academic performance.”

As the 15th athletic director at the UW, Turner replaced former “AD” Barbara Hedges, who retired in 2003. In December 2004, he hired former Notre Dame Football Coach Tyrone Willingham to replace Keith Gilbertson, one of his major decisions. In March 2007, he did not renew Women’s Basketball Coach June Daugherty’s contract. A month later, he hired Duke Assistant Coach Tia Jackson as Daugherty’s replacement.

Under Turner, the UW has been ranked annually among the top 30 NCAA Division-I programs in the Directors’ Cup competition, which honors institutions that achieve success in both men’s and women’s varsity sports. The UW women’s volleyball team won a national championship, as did men’s crew, and both the men’s and women’s basketball teams appeared in the opening rounds of the NCAA national championships.

In the most recent NCAA graduation report, Washington student-athletes graduated at 84 percent, above the national average for Division-I institutions and slightly ahead of the six-year graduation rate for all UW students.

Scott Woodward, UW vice president for external affairs, is serving as the interim athletic director. A national search for Turner’s replacement has begun.