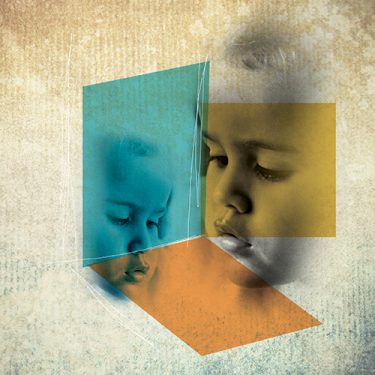 Most people know children learn many skills simply by watching people. Without explicit instructions, youngsters know to do things like press a button to operate the television and twist a knob to open a door. Now researchers have taken this further, finding that children as young as 2 intuitively use mathematical concepts such as probability to help make sense of the world.

In a study led by UW researchers, toddlers could tell the difference between two different ways an experimenter played a game, with one strategy being more successful than the other. When it was their turn, the children could use the more successful strategy that they observed to increase their odds of winning.

“In the real world, there are multitudes of possible ways to solve a problem, but how do we learn how to find the best solution?” says lead author Anna Waismeyer, a postdoctoral researcher at UW’s Institute for Learning and Brain Sciences.

This intuitive grasp of a cause-and-effect scenario shows that toddlers don’t need to go through trial and error to learn. The researchers hope that educators can use the findings to develop science, technology, engineering and math curriculum that take advantage of children’s ability to learn through observation.

“The current way of teaching probabilities relies on fractions and decimals, and many children struggle to understand these concepts when they are introduced in grade school,” Waismeyer says. “Maybe it would be easier if we introduced these mathematical principles earlier and had our teaching mesh with or build on the intuitive ways that children think.”