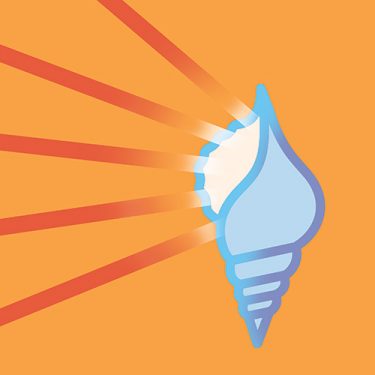 Recordings by current and former UW researchers in fjords show that melting at glacier edges in the narrow rock-edged canyons are some of the noisiest places in the sea.

The study, published in Geophysical Research Letters, recorded the sound near glacier tongues in narrow fjords in the Arctic and Antarctica. The sounds were louder than any natural or human-generated ocean noise, at least within the audible frequencies of about 300 to 20,000 vibrations per second.

First author Erin Pettit, now on the faculty of the University of Alaska Fairbanks, did her doctorate and postdoctoral work studying glaciers in the UW’s Department of Earth and Space Sciences. Pettit collaborated with UW’s Jeffrey Nystuen, an oceanographer at the Applied Physics Laboratory, who developed a hardy instrument to record sounds from marine mammals, tropical cyclones and rainfall in the open ocean.

For this experiment, they installed Nystuen’s underwater microphones to record the noise around a melting glacier tongue. They were placed more than 200 feet below the surface in an Alaskan fjord, where they recorded an average noise level of about 120 decibels, about as loud as a power saw. Most of the cacophony comes from air bubbles released by the melting ice that pop once they enter the water.

Pettit has several other devices now recording in a Greenland fjord and hopes to place more in Alaska and Antarctica. She said she hopes the findings will inspire biologists to study how ambient sound affects marine mammal behavior.