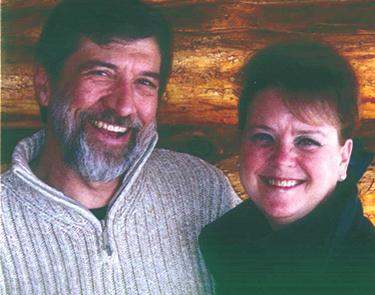 Robert Busch and Marsha Landolt died Jan. 2 when an avalanche swept through their Idaho cabin.

The death of Graduate School Dean Marsha Landolt in an avalanche Jan. 2 was a tragic loss for the University of Washington in many ways. Devoted to her colleagues, students and friends, Landolt was a beloved administrator and researcher who spent her entire 29-year career at the University.

“Marsha spent her whole career here, was a brilliant scientist, and a forceful and effective advocate for graduate education both here at the University and at the national level,” President Lee Huntsman says.

Landolt, 55, was killed along with her husband, Robert Busch, 58, when a 75-yard-wide avalanche struck their two-story log cabin in central Idaho. Five other family members, including two small children, were sleeping upstairs when the avalanche hit at 1:30 a.m. The other family members escaped unharmed after two of them dug themselves out and reached a neighbor to call for help. 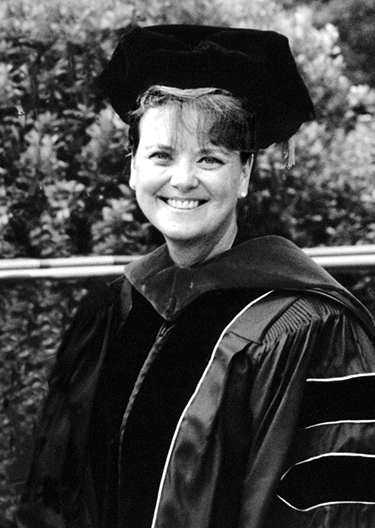 Marsha Landolt devoted to her career to graduate education.

She became dean of graduate education and vice provost at the UW in 1996. “She would have made a great university president but elected to stay close to the academic heart of the university,” recalls Ross Heath, professor of oceanography.

Landolt served as the UW representative to the Association of Graduate Schools, the National Association of State Universities and Land Grant Colleges’ Council on Graduate Schools. She was on the board of directors and services committee overseeing the Graduate Record Examination, the nation’s main test for students seeking entrance to graduate school.

As an expert in fish and human health and water-quality issues, Landolt often consulted with such organizations as the Washington departments of fisheries, wildlife, agriculture and ecology, Puget Sound Water Quality Authority, U.S. Environmental Protection Agency and Metro.

She was the author, co-author or editor of nearly 80 scholarly publications and reports, and served as committee chair for more than 25 graduate students. In addition, she taught courses on fish pathology, communicable diseases of fishes, and nutrition and health of aquatic animals.

“Marsha was the absolute best to work for,” says Gary Farris, administrator for the Graduate School. “She was always supportive, a great mentor, never lost her temper, and gave those working for her room to achieve their own goals as well as those of the organization.”

During the current academic year, Landolt served as chair of the board of deans. “That says something about the incredible respect people had for her,” says David Hodge, dean of the College of Arts and Sciences. 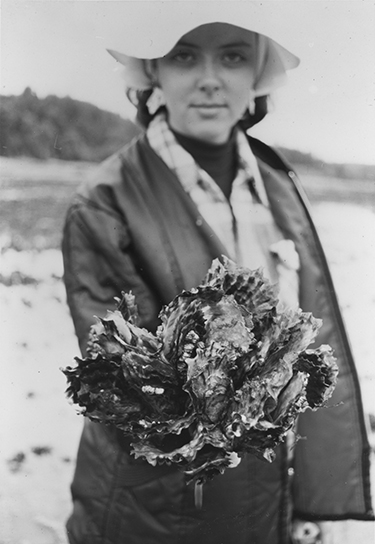 Landolt holds a cluster of oyster shells in this 1976 photo taken at Rocky Bay on Puget Sound.

Landolt was born Jan. 19, 1948 in Houston. She earned her bachelor’s degree in biology from Baylor, a master’s degree in zoology from the University of Oklahoma and her Ph.D. in pathology from George Washington University. She worked for the U.S. Dept. of the Interior from 1970-74 and the National Zoo from 1974-75. She joined the UW in 1975.

In her memory, the Graduate School has established the Marsha L. Landolt Memorial Endowment Fund to provide graduate fellowships and/or awards to graduate students of the University of Washington. Remembrances may be made to the American Red Cross of Idaho, Idaho Mountain Search and Rescue or to the Marsha L. Landolt and Robert R. Busch Memorial Fund for graduate fellowships in the Graduate School and in the School of Aquatic and Fishery Sciences, c/o Graduate School, Box 353770, University of Washington, Seattle, WA 98195.