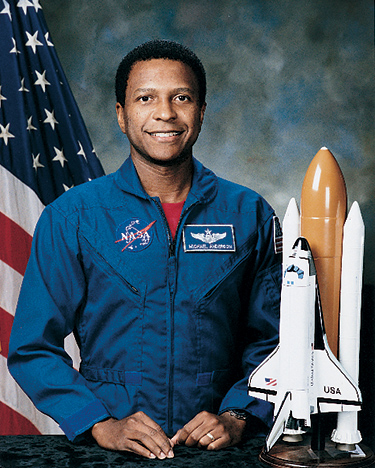 Astronaut Michael P. Anderson, ’81, who died Feb. 1 when the Space Shuttle Columbia disintegrated during re-entry over Texas, was intent on going into space ever since he was a little boy. But during his time as a student at the University of Washington in the late 1970s and early 1980s, he was known for more than his ambition.

“He always had a genuine smile and warmness about him,” recalls William Tyler, ‘83, a classmate of Anderson’s. “Even in tough times, he was calm, happy, at peace and determined.”

Anderson, 43, was born in Plattsburgh, N.Y., the son of an Air Force mechanic. His family moved to Cheney when he was young, and he came to the UW to get an education that would enable him to fulfill his dream of becoming a pilot and an astronaut. He joined the Air Force ROTC program while a student here, and first enrolled in the aeronautical engineering program, but switched his major to physics and astronomy. “I liked physics better,” he explained in a 1998 interview. “I wanted to know how and why equations existed.”

While at the UW, he was a solid student, who lived in Terry and McMahon halls, and devoted some of his time out of class as a physics tutor. “I really enjoyed my time at the UW,” he recalled in that interview. “It helped my dream come true.” 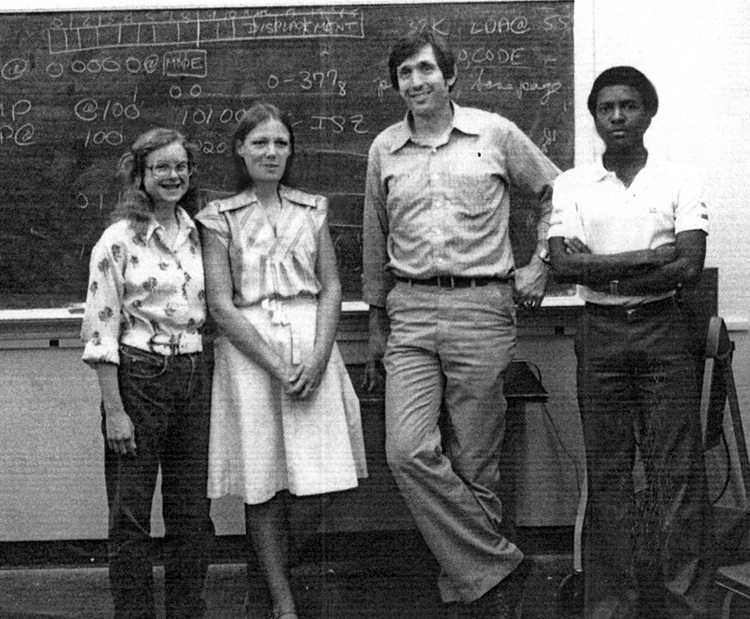 “There was pressure on minority students like us who were not involved with sports or fraternities,” recalls Tyler, an African-American student who earned his degree in electrical engineering from the UW in 1983 and met Anderson in advanced physics, calculus and statistics classes. “But we just spent our time working and studying. We would talk about how isolating it was sometimes, how we lived in the library.”

“He was relatively reserved and a quiet worker,” recalls Physics Professor Mark McDermott, who had him in Physics 434, which covered applications of computers to physical measurements, in the summer of 1980. “He did stand out partly because there are not many African-American students getting undergraduate degrees in physics. To learn that he became an astronaut was a tribute to his determination.”

“He was very warm, even-keeled, easy-going,” says Tyler, who, like Anderson, was the son of a career Air Force man. “There was no stress about him. He was so focused.” 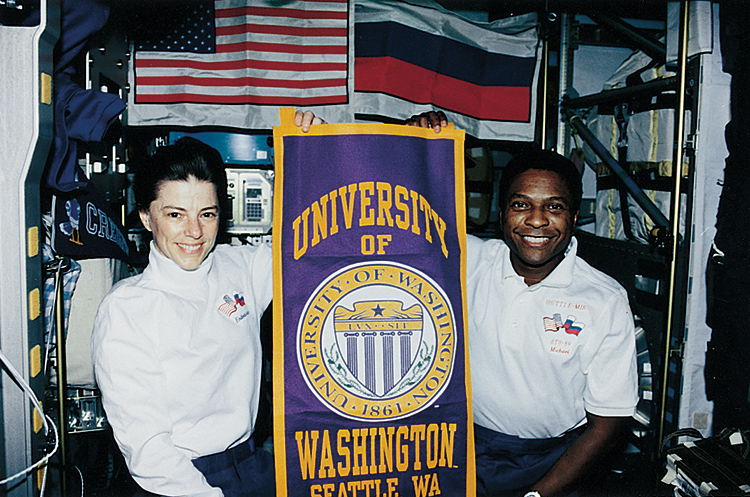 Anderson left the UW after graduation in 1981 to enter the Air Force. He later earned a master’s degree in physics from Creighton University, and, in 1994, was accepted into NASA’s astronaut training corps after only one application. His first flight in space occurred in January 1998, when he served as the mission specialist on the Endeavor, which brought supplies to the Russian Mir spacecraft.

He returned to the UW in October of that year to give a talk, and left a plaque from the mission that still resides in the north end of the Physics/Astronomy Building.

His next role at NASA was to design software for the international space station. He was chosen as the payload commander on the Columbia, and was responsible for overseeing the mission’s more than 80 scientific experiments during its 17 days aloft.

At a Feb. 7 memorial service, Interim President Lee Huntsman announced that the UW would help create a scholarship in Anderson’s name for minority students in science and engineering.

Anderson is survived by his wife of 14 years, Sandra, and two daughters, 9 and 11. Said his father, Bobbie: “I know he died doing exactly what he liked to do.”