UW researchers create Robofish that can talk to each other 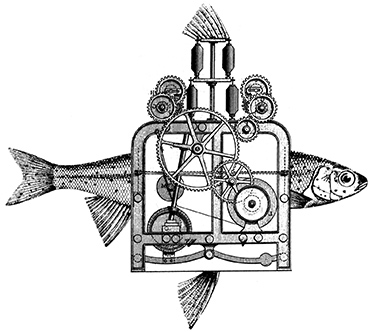 UW researchers have put a new spin on the fin: they’ve made a robotic fish that can communicate with its schoolmates.

The UW-built Robofish are designed to work cooperatively — all swimming in one direction or all in different directions, for example — and can communicate wirelessly underwater. And, unlike most aquatic robots, they don’t need to surface to communicate with researchers or satellite intermediaries.

A robot that doesn’t need to surface could explore caves, remain under ice-covered waters or swim in dangerous environments where surfacing might not be possible, says Kristi Morgansen, UW assistant professor of aeronautics and astronautics, who has built three such Robofish. And schools of Robofish could work together to do things a single robot couldn’t do alone, such as track groups of whales or plumes of pollution.

The Robofish, which are each roughly the size of a 10-pound salmon, look a bit like fish because they use fins for more maneuverability and less drag than propeller-driven vehicles.

Is Morgansen worried about her robots becoming shark bait? Not especially. “It’s a very large metal object with pointy pieces,” she says. “I don’t think it would taste very good.”